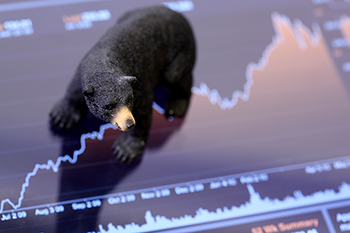 Indian markets corrected steeply on Monday tracking weak global cues. A broad-based selloff was recorded across sectoral indices with consumer durables and IT stocks taking the most beating. Banking, metal and pharma stocks also contributed to dragging the benchmarks. Investors await major corporate earnings after Reliance Industries and ICICI Bank announced their Q3 financial performance. Further, the trading week ahead of the Union Budget 2022-23 has begun and will be among major movers in markets sentiment.

In terms of sectoral indices, on BSE, the Consumer Durables and IT index nosedived by more than 1,000 points and 850 points respectively. The Bankex, Healthcare and Metal index dipped between 2-2.5%.

Today, ICICI bank results could see some pullback in banks as results beat the street on all counts.

Asian markets traded on a weaker note following cues to technology stocks sell-off in the US. Chinese rate cut has seen the Hong Kong market react positively with the index seeing gains for 2nd week after seeing a huge sell-off in the last 3 months.

Overnight, on Wall Street, US markets logged no let-up with the worst week since March 2020 as Dow Jones falls another 400 points while Nasdaq now corrects over 14% from November highs. Bond yields hold near 1.77% even as oil sees rebound as colder weather & low US inventories see demand rise. Federal Reserve action this week will dictate the outcome of the expected March rate hike which could see bonds & stocks react to near & longer term.

slice Launches UPI for Its Existing and 10mn Waitlisted Users