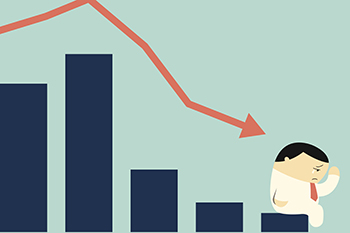 Domestic equities gave up initial gains today as continued profit booking by investors dragged benchmark indices down for the fourth consecutive day. The Sensex index slipped 101.88 points or 0.17% to end at 60,821.63 and the broader Nifty50 benchmark slid 63.2 points to settle at 18,114.90.

Financials continued to remain upbeat led by improved visibility of credit growth and ease in asset quality concerns. However, most key sectoral indices remained under pressure with Metals witnessing steeper correction, while FMCG, IT and Pharma indices witnessed correction of more than 1%.

Whereas, realty stocks were in focus today mainly on expectations of strong September quarter earnings.

HDFC, Bajaj Auto, ONGC and Kotak Bank were among the top Nifty gainers, while Hindalco, Coal India, ITC and Tata Motors were laggards.

For the week Nifty contracted over 1%, while ~Rs8 lakh crore wiped out from investors’ wealth during the period.

Further, Asian markets ended on a mixed note on Friday. Benchmarks rose in Hong Kong and Tokyo but fell in Sydney and Shanghai. The Hang Seng in Hong Kong climbed 0.1% to 26,046.44 and the Shanghai Composite index lost 0.1% to 3,591.25.