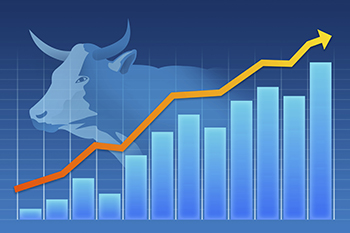 The Nifty Bank stocks were in the fast lane amid broader bull markets on Monday by suring over 500 points. The Nifty Bank witnessed a rebound after the mid-month decline and closed the last week higher by more than 1.5% on August 27.

Meanwhile, the domestic market continues its winning streak after opening at a record high today, the BSE Sensex has jumped over 500 points or 1% to trade above 56,700, while Nifty is gaining by over 175 points or 1% is trading above 16850 levels during intraday trade.

On the global front, the US markets on Friday ended at a record high on Friday as Federal Reserve sounds 'dovish' on rates and expects tapering of bond-buying by year-end in a staggered manner.

Indian Bank rose nearly 3% at Rs127.05 per piece while J&K Bank, Canara Bank and Bank of Baroda were around 2% higher to lead the gains in the PSU Bank sector.