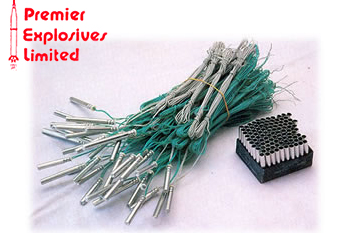 An order win from an Israeli company triggered the shares of Premier Explosives, which rocketed up a whopping 11% in morning trade on Friday.

“The order is for the design, development, fabrication, and assembly of motors used in rockets,” the company said in an exchange filing after market hours on Thursday afternoon.

The deal is valued at $41,000 and will be executed in six months’ time, the company added.

The company added in the filing that this is a trial order with a potential for regular commercial supplies in due course of time.

Premier Explosives initially manufactured small/large diameter explosives, bulk explosives (or SME), and detonators. It has diversified into the manufacturing of detonating fuses (4 mtpa) and pentaerythritol tetranitrate.

The company also manufactures site-mixed slurry (SMS), bulk explosives, and detonators with an installed capacity of 11,000 ton per annum and 32mn per annum, respectively.