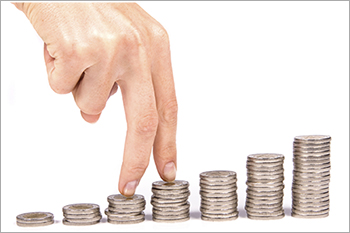 Under Pradhan Mantri Mudra Yojana (PMMY) over 11.29cr loans amounting to Rs6.41 lakh cr have been disbursed across the country during FY 2019-20 and FY 2020-21 as informed by Member Lending Institutions (MLIs). This was stated by Minister of State for Finance Dr Bhagwat Kisanrao Karad in a written reply to a question in the Rajya Sabha.

The Minister also stated that over 30cr loans amounting to Rs15.97 lakh cr have been sanctioned under PMMY since inception of the Scheme in April, 2015.

Responding to a question about Scheme helping in reduction of unemployment , the Minister stated that as apprised by the Ministry of Labour and Employment (MoLE), a sample survey was conducted at the national level to estimate employment generation under PMMY.

As per the survey results, PMMY helped in generation of 1.12cr net additional employment during a period of approximately 3 years (i.e. from 2015 to 2018). At an overall level, Shishu category of loan has about 66% of share among additional employment generated by establishments owned by MUDRA beneficiaries followed by Kishore (19%) and Tarun (15%) categories respectively.

However, the Minister stated, data pertaining to unemployed persons who have been extended loans under PMMY is not maintained by the Government of India as a separate category.