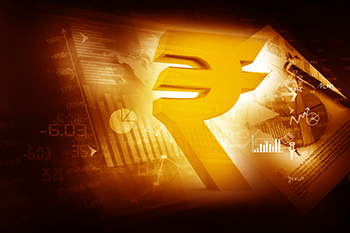 The Indian rupee erased its morning losses and gained 19 paise to trade at the day’s highest level of 69.81 against the dollar. The currency depreciated 18 paise to open at 70.18/$ compared to the previous close of 70/$.

The appreciation could be attributed to the sharp rally in the domestic equity market in the past four trading sessions, which led to a growth in foreign inflows. On Thursday, foreign institutional investors (FIIS) bought 1,138cr worth of stock in cash and bought 533cr of Index futures, while bought 2,073cr worth of Index options.

Further, weakness in the dollar against the euro also supported Indian rupee. The dollar weakened after the European Central Bank (ECB) in its policy meet launched a fresh round of monetary stimulus amid growing concerns regarding economic growth. The policymakers in its monetary policy meeting on Thursday kept key interest rates unchanged.

Meanwhile, equity benchmark indices were trading in the red on Friday. The Sensex dropped 45 points at 36,680 levels and the Nifty dropped 24 points to trade at 11,033 levels, well below its key level of 11,050.