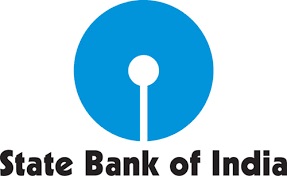 SBI becomes the Top Merchant Acquiring Bank in the country

SBI is working aggressively towards promotion of less-cash economy. As per latest data released by RBI (as on February 2016), SBI has now become the top Merchant Acquiring Bank with 2,96,310 installed PoS terminals followed by HDFC  Bank (2,81,642), Axis Bank (2,58,250) and ICICI Bank (2,00,756). These four bank together contribute to more than three fourth of the total 13,63,148 PoS terminals deployed in the country.

Manju Agrawal, DMD (CS &NB) SBI, informed that being ‘Banker to Every Indian’, we are committed to promote electronic payments in all parts of the country and provide strong push for achieving the goal of less-cash economy envisaged by Govt. of India. With deployment of 3.07 lac PoS terminals (as on 30th April 2016) at more than 3,800 centres, SBI has the distinction of creating card acceptance infrastructure beyond top 50 cities, even in Rural and Semi-urban (RUSU) areas.

Acquiring relationship of SBI varies from small retail stores to the top corporates. During FY 2015-16, almost 40% of the growth of acquiring industry in terms of number of terminals was driven by SBI alone by deploying more than 1.00 lac PoS terminals. More than 30,000 of these terminals are Contactless/NFC terminals. Bank is deploying all variants of PoS terminals i.e. PSTN, Desktop GPRS, Portable GPRS, mPoS and PC PoS, as per customers requirement. Bank is providing various value added services like Cash@POS, DCC (Dynamic Currency Conversion) and EMI facility on its PoS terminals and is planning to provide many more such services to make it more attractive value proposition for merchants. Cash@PoS facility provides convenience to Card holders to withdraw small amount of cash (limit mandated by RBI) from a PoS machine installed at merchant outlet.

Bank has also made significant contribution in creation of eco-system for next generation technology i.e. contactless payments by issuing more than a million contactless cards and deploying 30,000 plus contactless terminals.

For promoting app-based acceptance at merchant outlets, bank has launched mVisa at Bangalore on 5th May 2016. The acceptance of AMEX Cards has also been enabled on SBI PoS terminals, after a strategic tie-up with AMEX.

During the FY 2016-17, SBI plans to add further one lac terminals to enhance card acceptance infrastructure particularly in Tier-3 and below centres. SBI is focussing on asset-light acceptance models like application based solutions, mPoS and other emerging technologies to penetrate the micro merchant segment.

Markets trade positive with Nifty 50 around 15,900

Indian markets may start the day either way