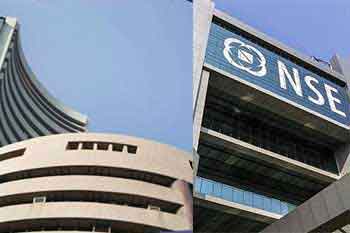 The sentiment was negative after Iran fired more than a dozen missiles at two US military targets inside Iraq in response to the United States' killing of senior Iranian military commander Qassem Soleimani last week.

Bharti Airtel, Yes Bank, TCS and UltraTech are among the top gainers on the Nifty index, while losers included Eicher, Coal India, L&T.

Among sectors, except FMCG and IT, other indices ended lower led by auto, metal, pharma and infra.

Shares of MMTC gained over 9% after the government approved stake sale in Neelanchal Ispat Nigam.

Also, Asian indices ended lower today with all major indices down by over 1%.