While social media may be the most sought after employer branding and marketing tool, the unrestricted usage of it is having a negative impact on employee productivity states TeamLease World of Work Report.

Further, as per the study, apart from loss of productivity, the extensive usage of social media by employees has also resulted in an increase in loss of confidential information, defamation, misinformation and employee solicitation.

A detailed drill down on the nature of usage and time spend, according to the report, Facebook is the most visited social media platform. Out of the 62% employees who accessed social media during working hours, nearly 83% of them spend significant time browsing Facebook. 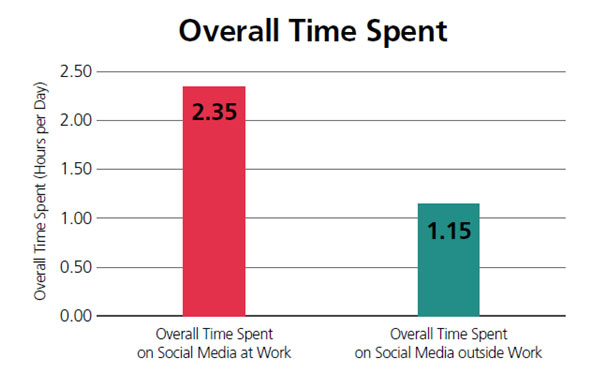 Commenting on the report, Kunal Sen, Senior Vice President, TeamLease Services said, “Social media comes with its own inherent merits and demerits. In fact, indulgence in social media and the resultant slacking is a testimony of pastimes getting more interesting than work. Hence rather than blindly instituting rules, organizations should get to the root cause of the misuse and devise policies that make work more challenging and the work culture more aspirational.”

‘Social Media at Workplace’ is the third in TeamLease survey series to understand ‘India’s evolving World of Work’. Administered on HR managers across sectors the current survey aims to understand the pulse of young Indian workforce as well as the different aspects that govern their working environment.