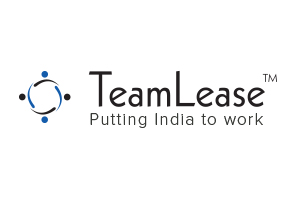 TeamLease Services Limited has announced the appointment of Narayan Ramachandran as the new Chairman (Non-Executive) of the Company.

Ramachandran is currently the Lead Independent Director and has been on the Board of the Company since 2015. Manish Sabharwal, the Executive Chairman of the Company has transitioned to the role of Executive Vice Chairman.

The Company has also inducted Meenakshi Nevatia, Mekin Maheshwari and S. Subramaniam as new Independent Directors on the Board. Ramani Dathi has also been redesignated as the Chief Financial Officer of the company.

Commenting on his appointment as Chairman (Non-Executive), Narayan Ramachandran said “My association with the TeamLease Board began before the company’s IPO and it is an honour to assume this new role. Corporate India has been reconfiguring its people supply chains for years, but this revolution has been accelerated by COVID. TeamLease has a central role to play in this transformation and has demonstrated a willingness to take the long view. I look forward to working with my colleagues to accelerate this strategy.”

Commenting on the Board reconstitution, Manish Sabharwal, Executive Vice Chairman said “This year we complete 20 years as a company and five years of being listed. It feels like a good time to start preparing for the next 20 years. The expansion of addressable markets, sustained growth rates and prudent governance are key pillars of our execution, strategy and today’s changes strengthen our abilities of Putting India to Work.”

The addition of three new Independent Directors will take the size of the Board to nine members and the number of Independent Board members to seven; Meenakshi Nevatia, Mekin Maheshwari, and S. Subramaniam, have joined Latika Pradhan, Narayan Ramachandran, Dr. V Raghunathan, and Zarir Batliwala.

The Board currently has two executive directors: Ashok Reddy (Managing Director) and Manish Sabharwal (Executive Vice Chairman). This expansion of Board numbers and diversity of experience strengthens the Board’s ability to guide the company’s growth, strategy and investments. All appointments /transitions are with immediate effect.

Narayan Ramachandran has been an Independent Director of TeamLease since July 09, 2015 and assumed the role of Lead Independent Director in 2020. He holds an MBA from the University of Michigan, Ann Arbor, B. Tech from IIT, Mumbai and is a Certified Financial Analyst. He has over 34 years of experience in the areas of finance and institution building across geographies.

He was part of the founding team at RBL Bank and served as its Chairman. He has led the Global Emerging Markets division of Morgan Stanley in New York and Singapore. He was also the CEO and Country Head of Morgan Stanley in India. He has played an instrumental role in establishing several new businesses in the commercial and social enterprise sector.