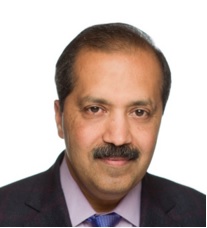 Sanjay Nayar, the chief executive of KKR India, expressed his views on the government's new budget during an interview with ET Now.

Looking at it from a market point of view, Mr. Nayar feels that the markets are not the immediate point of focus, and he was rather fascinated by the balance. The budget clearly focused on the rural and social infra. He, however, does not believe it will be easy to raise all that money to fund the budget. The CEO believes that more taxes, especially on the rich, will most likely help out.

Mr. Nayar also stated that it is a big deal that the STT has gone up three times, thus indicating that they clearly laid out what they feel is important. The only thing to work out now is how they will execute, and this should be a really good move for agriculture productivity. He believes that it will help push the demand, especially from the rural areas.

The finance minister did not do much on the consumption side, and some of the changes such as increased cess on petrol and diesel cars have been described as counterproductive. Regardless, Mr. Nayar feels that there might be some positive outcomes to be felt by the middle class and the rural areas. He does not believe that the effect will be transferred to consumption demand and savings.

The KKR chief executive also stated that what he hear the minister announced focuses on the ease of doing business as well as effort in the rural regions of the country. There was also a lot of focus on the presumptive tax on small businesses, retail and the ease of compliance. He pointed out that this focus could eventually translate to better consumption or even better savings. Before ending his interview, Nayar stated that the Minister has not yet given a tax boost and that it might be included indirectly in the announced budget.