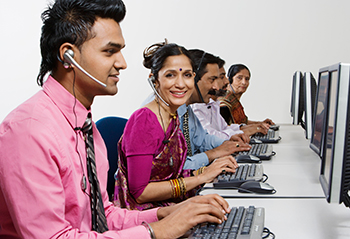 Falling to a three-month low of 51.4 in February,from 54.3 in January, the seasonally adjusted Nikkei Services Business Activity Index
highlighted a softer expansion of output that was only marginal. Where growth was seen, businesses reported higher levels of incoming new work. Data indicated that output rose in four of the six tracked categories, the exceptions being Post & Telecommunication and Transport & Storage.
February data showed that services firms and goods producers alike registered weaker increases in activity. As a consequence, the Nikkei India Composite PMI Output Index dipped from January’s 11-month high of 53.3 to 51.2, a reading that was well below the long-run series average(55.7).
Although new orders at services firms continued to rise in February, the rate of expansion eased to the weakest since last November as firms reportedly faced strong competition for new work during themonth. A quicker increase in order book volumes inthe manufacturing economy was insufficient toprevent growth of private sector new orders from easing to a three-month low.
Input costs faced by Indian service providers increased during February, as has been the case for five consecutive months. Although the strongest since December 2015, the rate of cost inflation was modest in the context of historical data.