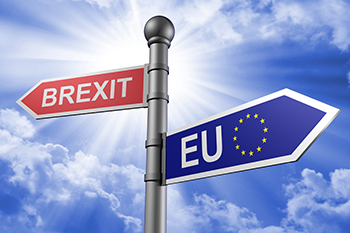 British Prime Minister Theresa May is preparing to compromise with the European Union over the future of Ireland’s border, with just two weeks left to save her Brexit deal.

UK Brexit Secretary Stephen Barclay privately told the EU’s chief negotiator, Michel Barnier, on Monday that Britain doesn’t need to reopen the divorce agreement, according to a person familiar with the talks. The UK government had no immediate comment.

The stance risks angering Eurosceptics in May’s Conservative Party, who want her to demand a full-scale re-write of the Brexit accord to strip out the so-called backstop plan for avoiding a hard border with Ireland.

These pro-Brexit Tories are now a major obstacle to May’s hopes of striking a new deal in Brussels and then getting it approved in Parliament in London.

On Thursday, members of this pro-Brexit caucus of Conservatives inflicted another embarrassing parliamentary defeat on the premier after they refused to endorse her approach to resolving the deadlock.

Privately, one senior member of May’s administration conceded she probably has two weeks to save her deal before the House of Commons takes control over the process out of her hands.

“Another day of failed politics, another day closer to no deal chaos,” Carolyn Fairbairn, director general of the UK’s business lobby, the Confederation of British Industry, said on Twitter. “Politicians must find a deal that protects our economy. Failure would be unforgivable.”

Britain is scheduled to leave the EU on March 29 but, Parliament overwhelmingly rejected the terms for the split that May negotiated in a vote last month. That means the UK is on course to fall out of the bloc of 28 countries without an agreement, potentially causing major damage to the economy, unless one side backs down.

Thursday’s vote is not binding on the government, but the motion was an attempt by May to buy more time to secure concessions from the EU. Her aides fear the defeat will undermine her negotiations as she’s now effectively lost her political mandate to demand changes to the divorce terms in Brussels.

“Tonight’s vote shows there is no majority for the prime minister’s course of action,” opposition Labour Party Leader Jeremy Corbyn said after the result was announced. “She cannot keep on just running down the clock and hoping that something will turn up.”
Source: Bloomberg