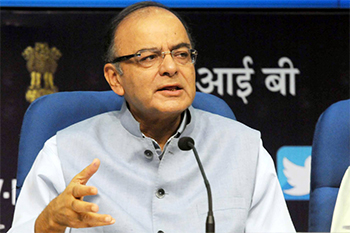 Finance minister Arun Jaitley pulled off a tough balancing act in sticking to the 3.5 per cent fiscal deficit target in the Union Budget 2016 he unveiled on Monday. He did a smart tightrope walk to put the money where it is needed the most in order to keep the engines of growth well-oiled and speed up the growth process while at the same time putting more money in the pockets of the consumer.

The seventh pay panel award is coming and this is bound to fuel huge consumption demand in the economy. Urban demand is already showing some traction and the pay panel award is going to help things. So, the FM turned his entire focus on the rural economy and the social sector, while at the same time doling out some largesse to certain other stressed sectors of the economy too.

The bonanza for the rural sector was impressive. The FM doled out a record Rs 38,500 crore for the rural jobs scheme under MNREGA, Rs 19,000 crore for rural roads development and Rs 15,000 crore towards farm loan subsidy, all of which is bound to raise incomes in rural India and help raise demand in the hinterland.

Plus, the Budget set a target of Rs 9 lakh crore agriculture credit while setting aside Rs 15,000 crore towards interest subvention on farm loans. The total budget for farmer welfare was pegged at Rs 35,984 crore. Plus, there was this strong focus on the agricultural sector: a Rs 5,500 crore crop insurance scheme and another Rs 20,000 crore for the rollout of a massive irrigation scheme with the target of doubling farm income in five years.

He also focused equally on the infrastructure sector and banks. The infrastructure sector received a huge outlay of Rs 2.21 crore. This includes a Rs 55,000 crore allocation to the roads and highways sectors, and measures to boost the power sector. For bank recapitalization, he set aside Rs 25,000 crore, same as last year, and proposed a bankruptcy code and other measures to address NPA concerns.

The figure didn’t quite enthuse the market, but the government insisted that the figure only reflects the frontloaded amount and that more money will be provided, if required. Plus, the government seems to be expecting some consolidation in the banking sector, which should help revitalise the domestic lenders.

He also proposed sops for oil & gas discovery and exploration of gas in difficult areas  and allowed mobilisation of additional finances to the extent of Rs 31,300 crore by NHAI, PFC, REC, IREDA, NABARD and Inland Water Authority through raising of bonds during 2016-17. For the pharma sector, Jaitley proposed to set up 3,000 generic drug stores across the country, in a potential boost to domestic players.

Union Budget: FM pulls off a great balancing act, where did the money come from?

Union Budget 2016- Rocking or shocking for the stock market?