Who typically dominates the TV remote control in living room at home?

Over half female respondents actually admit to fighting for control for the precious device.

Indias women own the household TV throughout the day according to a new research published by Croma, the Electronics Megastore from Infiniti Retail Limited; however by the time the clock chimes 9pm its the men who take over.

The findings highlighted in Croma Home Stories survey reveals 9pm as a form of Remote Relay hour when control of the ubiquitous and all-important remote finally passes from female to male jurisdiction. According to the findings nearly 40% of men claim that their female partners dominate the remote control all afternoon (from midday to 9pm); while over half of all respondents collectively claim that its their respective mothers who rule the remote during the same period. Over half female respondents actually admit to fighting for control for the precious device.

While we all know the day of multi-device and cross-screen usage is here, Croma Home Stories survey demonstrates the importance, protocols and household politics relating to control of the household TV set. And according to our findings the females of the household exercise a near monopoly on the remote; at least during daylight hours! says Ajit Joshi, MD & CEO, Infiniti Retail Ltd.

Who typically dominates the TV remote control in the living room at home? 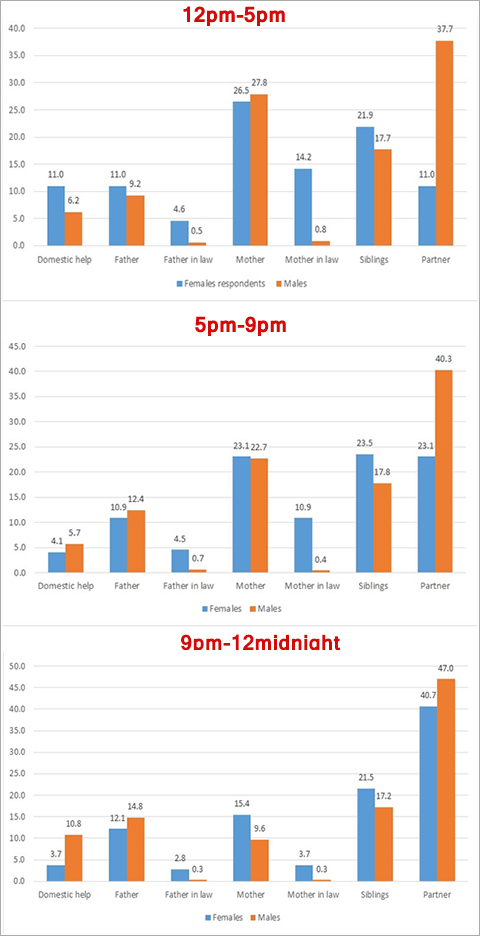 9pm symbolizes a form of TV changing of the guard when the females of the household cede control of the TV to their male counterparts.  This form of remote control diplomacy really confirms the central role and meaning the TV set continues to exert on household life in India.

Men rule the evening schedules . . . and beyond

While women clearly rule the noon and evening slot of the remote relay, men take over from 9pm, with over a quarter of all respondents citing fathers overtaking mothers for control of the remote during this period. According to Mr Joshi, this time slot (prime-time as per most channels) has seen a significant increase in male partner dominance in terms of control over the TV remote.

With the current soaring FIFA fever, men are likely to invade the TV largely. Quite aptly, the survey sees a spike in male viewership during the night slot.  In all honestly, with many World Cup matches kicking off well into the early hours Indian time, this is probably a battle most women are happy to cede to their male co-habitants! Mr. Joshi, added.

Part One of Croma Home Stories survey coincides with the launch of Cromas much awaited month long annual festival Croma Gadget Fest which runs until 13th July, 2014. This festival is a one-stop-shop for all our buyers on the lookout for exciting offers on tablets and laptops.  EMIs, student offers, easy exchange policies, cashback offers on SBI and new launches are all major attractions available during this back-to-school month.

Joshi added that the politics of the remote control reveal important aspects of the give and take and compromises of family life.

According to the study, during the day when the family watches television together it is still the female gender, this time the mother, who usually retains control of the remote. It is only during the time slot of 9pm to 12am that fathers take the remote reins.  This is a perfect metaphor for family life, keeping all parties happy and together; which is really what the TV remotes Changing of the Guard and Remote Relay hour are all about, he concluded.