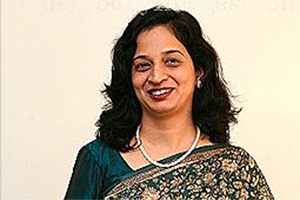 The Budget is pragmatic and attempts to achieve a fine balance between growth and fiscal prudence. With the impact of demonetisation being the highest in cash based rural economy, Union Budget has rightfully taken a lot of initiatives to reinvigorate the rural sector.

It has tried to alleviate the negative impact of Demonetisation on consumption and growth by giving a significant boost to infrastructure and rural growth. A higher infrastructure spend was much needed to kick start the investment cycle to spur growth.

The rationalisation of income tax will provide a consumption fillip and will bring more people in the tax net.  Restrictions on cash transactions above 3 lacs, transparency on political funding and curb on sham equity transactions are further steps to curb black money in the economy. The focus on ease of doing business continued with the abolishment of the FIPB which can speed up FDI flows in the country.

As for the Budget arithmetic, it seems credible & well planned. Nominal GDP growth at 11.75 per cent and Gross tax revenue growth at 12.25 per cent is very realistic and assumes mild buoyancy in the economy. Adherence to fiscal prudence and roadmap for bringing down the general govt. debt to 60% is commendable and should be well received by markets and credit rating agencies.

Equity Markets have also given a big thumbs up as finance minister did nothing negative which could sour the sentiment of the market. The big positive for the market was no change in the capital gains tax for equity. Since there’s a lot of focus on boosting rural economy and agriculture, sectors like agro-chemicals, automobiles (especially two wheelers) and FMCG should benefit. Higher agriculture credit and better economic activity should lead to credit growth for banking system rebounding from multi-year lows thus improving profitability of banks and NBFCs. Focus on affordable housing and higher spending on infrastructure should give a boost to cement and infrastructure sectors.  Budget clearly emphasized on boosting growth and employment in rural economy while attempting to reduce tax evasion by focusing on creating a digital ecosystem.

Union Budget has also attempted to reduce tax burden of individuals in the lower and middle income tax slab by cutting tax rate from 10% to 5% giving some more disposable income for masses which will spur consumption. It’s a small but right step towards widening tax base and rewarding honest tax payers while bringing tax evaders to task. Focus on job creation, doubling farmer’s income in 5 years and a higher allocation to MGNREGA will also help increase consumption in the economy.

Overall, Budget is not a transformational Budget but keeping in mind the domestic and global constraints, it fulfils most of the expectations.  While there is a clear focus on the upcoming elections in the pro poor/rural measures, a fine balance has been maintained between economics and politics without sounding too populist.