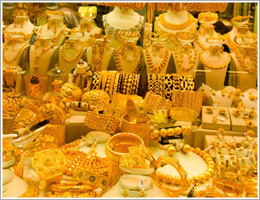 The recent, sharp decline in gold prices has shaken the market out of its comfort zone. It is a unique situation because the investors who are holding on to their gold positions are unhappy that the prices have gone down, whereas the women who have been wanting to buy jewellery ever since the stark rise in prices, are delighted and celebrating the fall. At the end of the day, gold is a commodity, and all commodity prices go through cycles. Apart from having limited use as jewellery, gold is also perceived as being a store of value from historical times.

From 2000 onwards, gold has had a dream run, with prices rising significantly on a yearly basis. However, people have forgotten that there was a period during the 1990s, when gold prices had declined continuously. The recent collapse of gold prices can be attributed to a combination of factors, including the speculative sell-off and recovery in the US. If the interest rates in the US go up, gold will start competing with the US treasury. After the subprime crisis of 2008, investors across the globe had bought gold as a store of value. As the world economy stabilises and people's faith in the banking sector recovers, gold is likely to lose its sheen.

My recommendation to investors and savers is to start investing in a disciplined manner and spread the gold purchases over a period of time. Reduce the gold allocation in your portfolio as we think the prices will witness a consolidation and stabilise at around $1,200-1,300 because this is the marginal cost of production.

For those interested in buying jewellery, there is no right time to do so. Whenever you can afford it, walk into the nearest jewellery shop, buy and indulge yourself.

The above article first appeared in The Economic Times Wealth on April 22, 2013