Theatre as a Therapeutic Recipe

Better known as the founder of ‘Suyog’, Sudhir Bhat was several specialists rolled into one maverick: self-taught interior designer, culinary expert, excellent mimic, sharp humourist and, last but not the least, a keen student and proponent of Mathematics. His son Sandesh recounts his fond memories and fascinating anecdotes with IIFL’s Sudhir Raikar in a cosy suite of Aundh Retreat, an idyllic Pune hotel that proved an excellent backdrop for the nostalgic voyage back in time. Excerpts…

Like it happens with all non-conformists who live life on their own terms, Sudhir Bhat’s candid demeanour was often misconstrued or blown out of proportion but he hardly budged from his position. His unbending stance often made him a needlessly controversial figure but the biggest myth in circulation among his friends and foes alike was that he was an astute businessman. Nothing could be further from the truth. 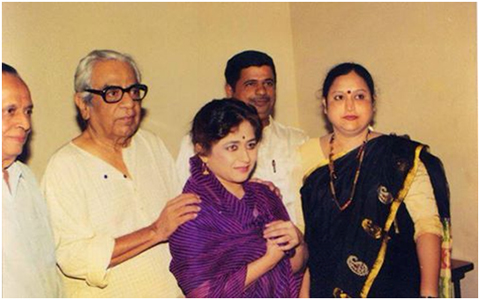 With the legendary P L Deshpande and Bhakti Barve

He definitely knew the mathematics of his versatile endeavours – whether in interior design, theatre or restaurant - but was invariably unmindful of his own balance sheet. Whenever he reaped rich dividends on any of his popular productions, he would invariably squander it on his team and when he suffered colossal losses; he found little support even from those who went gaga over him. His appetite for risk taking would embarrass the fake custodians of the offbeat theatre movement who try hard to conceal their commercial obsession in the veil of selfless activism. And the unabiding faith he had in his circle of supposed influence defied every logic and judgment. No wonder, he remained a vulnerable pioneer all his life trapped under a mountain of debt, often ditched and back-stabbed by people he called his friends. And if offbeat experiments of his theatre company ‘Suyog’ likeMitra and Gandhi Virudh Gandhi won him critical acclaim (much more for his artists) it only came at the cost of huge financial bleed. 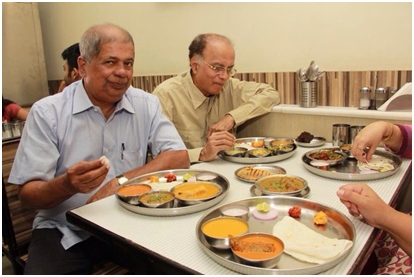 Only a handful of gracious comrades like Dr. Sreeram Lagoo and close friends like Vijay Chavan, Prashant Damle, Dilip Prabhawalkar and Bharat Jadhav were deeply pained by Bhat’s recurrent doom. In contrast, many wily opportunists conveniently used his repertoire platform to make it big in Hindi cinema but never acknowledged his contribution to their success stories, leave alone helping his cause in the aftermath of the financial drain. And yet he cared for every stakeholder of the collaborative art form including playwrights, directors, performers, technicians and the audience, and, wished well for every component of the theatre value chain including the string of hopeful roadside stall vendors lined up outside the auditorium.

If help sporadically poured in from unexpected quarters, Bhat was overwhelmed beyond words. Like when a tea vendor of the popular theatre hall Shivaji Mandir, called Namya, wilfully offered him his hard earned savings of forty thousand rupees when Bhat was going through a lean phase in the aftermath of his misspent US tours. A tearful Bhat was so immersed in gratitude that he forgot all about his mounting debt in the process.

Having grown up in an environment of abject poverty in Mumbai’s Girgaum area, Bhat learnt electronic repairing in his first career pre-occupation and for a while had fruitful corporate stints with companies like Nelco and IBM. Then followed a long phase of unemployment during which he worked as a helper at umpteen places including a laundry shop and a food stall. During his spell with Hiralal Kashiram Bhajiyawala, he learnt Gujarati and, as a result, picked up the nuances of over-the-counter trade and book keeping. The next venture was into fixing kitchen platforms and bathroom tiles which helped him eventually become an interior decorator and designer (he was not a builder as many press reports erroneously claim). Thanks to his active involvement in the festive celebrations of his Chawl, he took to writing plays and was eventually associated with Sahitya Sangh where he met several esteemed theatre artistes. The seeds of his theatre production house ‘Suyog’ were sown here and the rest of course is history. This piece however is not to recount his theatrical trials, tribulations and triumphs. Instead we dwell upon the rare traits that made him a maverick in motion. 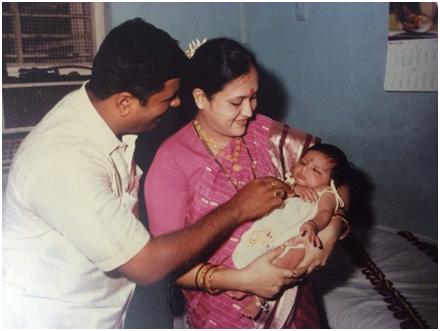 With wife Kanchan and little Sandesh

Bhat’s love for Mathematics was deep rooted. He was phenomenally adept at number crunching and had a knack for demystifying the subject for the benefit of anyone who cared to listen. Thanks to his tutelage, his son Sandesh, to this day, can recall intricate stuff like algebraic formulae, higher number tables, squares and calculations. Needless to say, this inspired affinity for Mathematics helps him as much at work as in life. Beyond doubt Sudhir Bhat would have made a great Mathematics teacher had he ventured into academics. 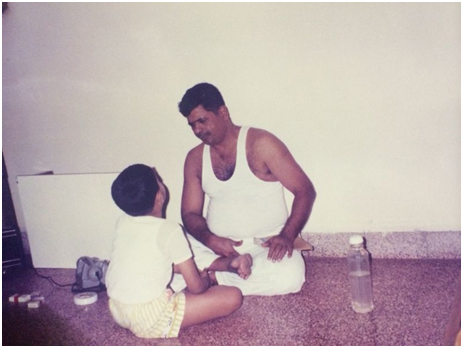 Father and Son: A regular arithmetic lesson in progress

His ability to think on his feet would provide potent raw material for several case studies on presence of mind. During one of his US tours, he exhausted all money on a particular day and although dinner for his crew was assured at the next stopover linked to the next contractual performance, the afternoon lunch suddenly became an impossible proposition. With no solution in sight, he made a poker-faced announcement just when their bus neared a particular bridge.

He said, “Listen guys, there’s a check post on the other side and eatables are strictly not allowed. Kindly dispose all such stuff else we could be detained for long.” Almost instantly, heaps of bread, butter, jams, muffins, sausages, sandwiches, biscuits and fruits appeared from nowhere. Bhat had unabiding faith in the Indian maxim of “Always Use, Never Throw” and how right he was! People gobbled all their stuff within no time. Given the herculean effort of whisking away elaborately packed fruit baskets and gorgeous jam and sauce bottles at every hotel or restaurant (another glorious Indian tradition) how could they let the effort go waste? When Bhat was absolutely sure no stomach in the bus had any room for more, he declared again, “Okay, how many of you wish to stop for lunch?” Obviously no one could even think of food with the furious eating drill that had happened a little while ago.

Bhat’s popular productions created several stars that moved up the value chain in real quick time but Bhat never felt the need to alter his own lifestyle. All his life he moved around in his characteristic loose trousers and shirt, loathed the use of mobile phones and credit cards and enjoyed his noon siesta at all cost. Once he was denied entry at a five star hotel where he had taken his wife for an occasional lavish dinner. His wife was ushered in immediately at the gate but when he stepped in after a while, the guard told him in explicit terms “You won’t be able to afford this place” Needless to say, Bhat’s retort was a nuclear explosion, unmentionable in print of course. 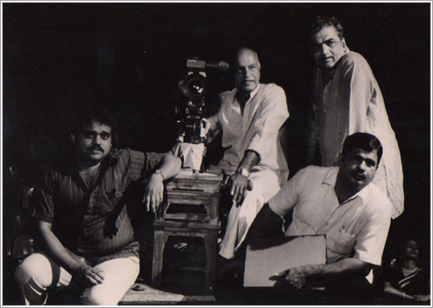 One from the archives – with Madhukar Toradmal and team

On festive days like Diwali or special occasions like birthdays, he often delivered innovative gift packs to friends and acquaintances – not the usual sweets, chocolates or the staple Maharashtrian fare of Chaklis and Karanjis - but fresh fish bought from Crawford Market. The recipients were of course thrilled beyond imagination. No wonder, charmed by his trademark child-like exuberance and the endearing eccentric streak, noted humourist P L Deshpande was tempted to append Bhat as one of the characters in his epoch-making Vyakti and Valli. Deshpande deeply regretted the fact that he met Bhat very late in life. 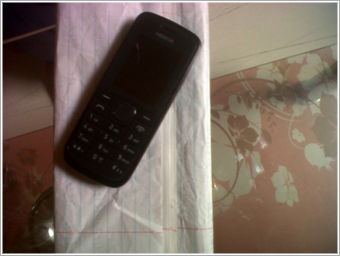 Bhat’s Nokia cell phone and the letter to his son

Among other things, Bhat’s son Sandesh is immensely proud of two timeless treasures – both rare mementos of his father. One is the plain vanilla Nokia phone that his father sparingly used which Sandesh now faithfully carries with his regular I-phone and the second is a personal letter which Sudhir Bhat wrote way back admonishing Sandesh for his supposedly insensitive treatment to their hotel staff. Armed with his hotel management degree, Sandesh had his own way of dealing with critical staff issues like leave approvals, sanctioning pay hikes and fixing other privileges. His father urged him to be more humane in such matters as he firmly believed that the foundation of their success lay essentially in the team’s wellbeing and no amount of management degrees can condone the need for compassion. 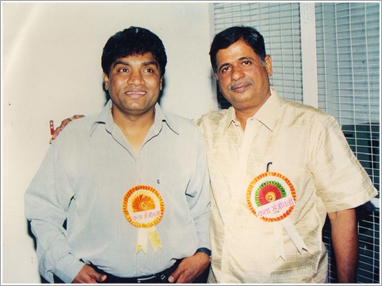 Bhat would have been immensely proud of his son today who is independently managing three hotel establishments in Pune and has won numerous accolades and awards for his innovative culinary experiments including the Times Best Coastal Food award 2012 and 2013 and Zomato Users’ Choice Seafood award 2013. 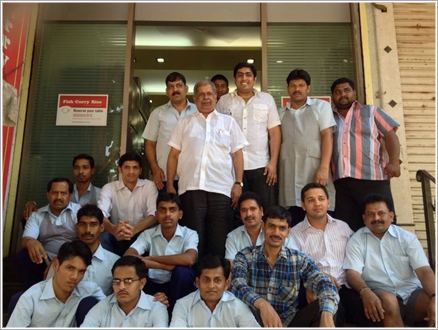 With the Fish Curry Rice team

Bhat’s momentous theatrical voyage is well known but his culinary skills were no less impressive. He always carried a note book of recipes with him. If he liked any preparation at some place – home or hotel alike – he would make a detailed note of the recipe along with the creator’s name and address and the dish was henceforth named after him or her. His first love was always food and he longed to open a restaurant long before he ventured into theatre. But thanks to his busy schedule, it took quite some time to fulfil his restaurant dream. Fish Curry Rice was inaugurated on April 19, 2009 at Narayanpeth in Pune and soon become a preferred eating joint for celebrities and commoners alike. 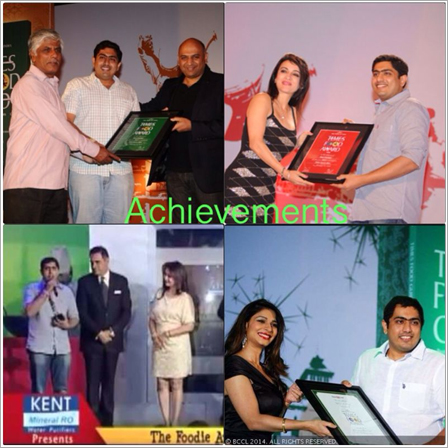 English poet and playwright Sabrina Mahfouz aptly observes in the context of her latest play The Chef: a novel story of a chef-turned-convict who’s given charge of the prison kitchen in the turn of events:

“For thousands of us in theatre, making art would never have been possible without the ability to make drinks, serve food and smile sweetly in the face of tremulous diners blaming you for everything wrong with their evening, job, partner or hair.”

Had Sudhir Bhat been in our midst today, he would have profusely agreed with Mahfouz as he made the best of both worlds in his momentous career voyage of over three decades. It’s indeed heartening to note that his son Sandesh has earmarked innovative plans in both spheres. In the hotel segment, he’s all set to open agile customer-centric food chains and themes. As for ‘Suyog’, he aspires to revive some of its yesteryear classics as also promote new talent with new productions. What can be a more fitting tribute to his legendary father than the fact that his legacy is not only intact; it’s also moving forward in the right direction.