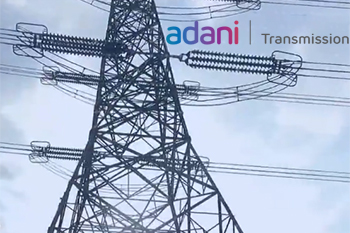 In order to achieve a balance for developing a sustainable model of electricity regulation in the states, the bench ordered the state power regulatory commissions to frame regulations for tariff determination within three months.

The Maharashtra Electricity Regulatory Commission's (MERC) decision to award Adani Electricity a Rs 7,000 crore transmission contract on a nomination basis in March of last year was challenged in an appeal by Tata Power Company Ltd, which the Supreme Court denied on Wednesday.

In order to achieve a balance for developing a sustainable model of electricity regulation in the states, a bench led by Chief Justice D.Y. Chandrachud and composed of Justices A.S. Bopanna and J.B. Pardiwala ordered the state power regulatory commissions to frame regulations for tariff determination within three months.

"Within three months of the date of our judgement, we order all state regulatory commissions to draft regulations under Section 181 of the Act outlining the criteria for determining tariffs. The National Electricity Policy (NEP) and the National Tariff Policy (NTP) are also included in Section 61, and the appropriate commission shall be governed by these principles while formulating these recommendations on tariff determination ", the bench declared in its 93-page ruling.

By its decision dated February 18, 2022, the APTEL dismissed an appeal brought by Tata Power under Section 111 of the Act against a MERC decision of March 21, 2021. Tata Power appealed this ruling to the Supreme Court.

The top court upheld the Appellate Tribunal for Electricity's (Aptel) order from February 18, which stated that the MERC's decision to award the transmission contract using the RTM (regulate tariff mode) route under Section 62 of the Electricity Act 2003 cannot be described as "incorrect, perverse, or inappropriate."

When the appropriate commission(s) has already framed regulations, they shall be amended to include provisions on the criteria for selecting the modalities to determine the tariff, in case they have not already been included, according to Chief Justice Chandrachud, who authored the judgement on behalf of the bench.

Tata Power filed a petition with the supreme court challenging the MERC's decision regarding how the transmission licence for such a sizable infrastructure project—the construction of a 1,000 MW HVDC link between a 220 KV EHV station and 400 KV Kudus—could be granted without adhering to the tariff-based competitive bidding (TBCB) procedure and by "excluding other developers."

Tata Consumer to pick up entire stake in Bisleri for ~Rs7,000 crore