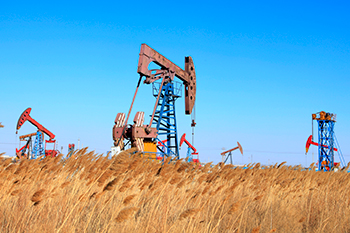 The BSE Oil & Gas index witnessed an upward momentum during afternoon trade on Thursday’s session as the index advanced ~1%. The index is at 13,751, up by 125 points. GAIL contributed most to the index's gain, trading higher by 2%.

The other major contributors to this gain were ONGC, IOC, IGL, and BPCL.

Meanwhile, power, utilities, metal, energy, pharma, and industrial continued to trade higher on the Sensex. IT, auto, and teck were the other top losing sectors in today’s trade.

Shares of ONGC soared 3% after the company adjusted for an interim dividend of Rs5.25 per share. The company has fixed March 1, as the record date for determining the eligibility of shareholders for payment of interim dividend

On the international front, oil prices slipped amid weakening factory output in China and Japan and record US crude output, although markets remained relatively well supported by supply cuts led by producer club OPEC. Also, weak demand from China, oil producers are having to cut prices.