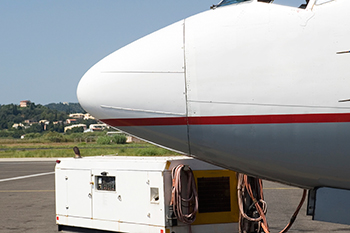 The credit profile of the companies in the Indian aviation industry has further worsened following the spread of coronavirus to more than 180 countries, which was earlier largely limited to China, Hong Kong, Singapore, South Korea, Iran and Italy, and it is declared by the World Health Organization (WHO) as a pandemic. In view of this, Governments of almost all countries have issued travel advisories. Specifically, the Indian Government has stopped all international flights to and from India from March 23, 2020, till April 15, 2020 (after a 21 days lockdown announced on March 24).

Furthermore, domestic travel has also been ceased with effect from March 25, 2020, till April 15, 2020. This is expected to have a severe impact on air travel in March 2020 and beyond, especially Q1 FY2021, until the situation normalises. ICRA thus expects FY2020 to witness a de-growth of ~2.5% in domestic passenger traffic growth, as against our earlier expectations of 4.5% growth. There is now an extension of the shutdown of air travel (earlier it was till the end of March). Furthermore, besides the current direct impact on travel, the medium-term impact on the Indian aviation industry would also depend on the economic shock to the global economy. Since consumer sentiments are likely to remain weak in an adverse economic environment, the recovery in air travel is expected to be gradual once the Covid-19 threat is allayed. ICRA thus expects FY2021 to witness higher degrowth of 8-10% in domestic passenger traffic, with H1 FY2021 witnessing a sharper de-growth and recovery in H2 FY2021.

Kinjal Shah, Vice President, ICRA, says “As airlines have witnessed a significant decline in their load factors, they have already grounded a large part of their fleet. The forced suspension of operations on international as well as domestic routes has resulted in the entire fleet of 682 aircraft (as on January 31, 2020) of the Indian aviation industry to be grounded. While some airlines are offering refunds for the cancellations, some are waiving off the rescheduling charges. The Indian aviation industry is characterised by high fixed costs. ~35-42% of the airlines’ expenses, including operating lease payments, aircraft parking charges, airport charges, aircraft maintenance charges, and employee costs are fixed. Such suspension of operations is thus a significant credit negative for the industry, which is already reeling under pressure, as this will result in the inability of the airlines to meet their operating expenses in the absence of cash inflows.”

As it is, in a series of events earlier during the current fiscal such as discontinuation of operations of Jet Airways (with effect from April 18, 2019), grounding of the Boeing 737 Max aircraft due to technical issues with its flight control software, and issues with the Pratt & Whitney engines for Airbus 320 Neos have impacted the industry’s capacity. Consequently, the domestic passenger growth, in the 11M FY2020 has hit a six-year low, at 3.7%.

Following the coronavirus outbreak, crude oil prices have declined materially – to under US$ 25/ barrel from US$ 69/ barrel on January 06, 2020. The prolonged shutdown of manufacturing activities in several countries and the subsequent impact of the outbreak on the global economic activity is expected to keep the crude oil prices and thus the aviation turbine fuel prices low. However, the airlines will not be able to benefit from the same on account of the shutdown of their operations.

“While some airlines have sufficient liquidity and/or financial support from a strong parentage, which will help them tide over this disruption, some airlines, who are already in financial stress, will face serious troubles. Furthermore, even for the former, it will result in a significant weakening of their credit metrics and liquidity profile. Many airlines have already started undertaking salary cuts for their employees to cut costs. However, until the cash inflows resume, the airlines will require funding support to meet their expenses. Considering the operating expenses of the Indian aviation industry in FY2019, and that ~35-42% of their expenses are fixed in nature, it is estimated that the industry will report a net loss of ~Rs. 75-90 crore per day of the shutdown of operations.” adds Shah.

While the airlines’ capacity addition will also be impacted in the near term, the industry maintains strong capacity addition plans for the long-term, as reflected in the large order book of the domestic airlines. However, the capacity growth will be dependent on the resolution of the coronavirus as also the issues with the Boeing 737 Max and Airbus 320 Neos aircraft.