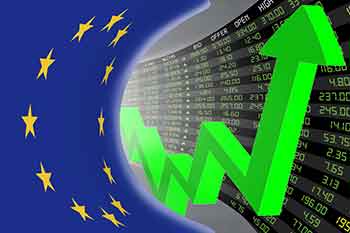 US equity futures climbed as the week began alongside stocks in Europe and Asia after President Donald Trump suspended plans for punitive tariffs on goods from Mexico.

Stocks rose in markets from Italy to the UK, though several exchanges including Germany’s were closed for a holiday. Shares advanced across Asia.

Mexico’s peso jumped the most in almost a year after the country’s accord with the US was unveiled late Friday. Futures on the S&P 500, Dow Jones Industrial Average and Nasdaq 100 all climbed modestly.

The onshore yuan fell to its weakest level since December as trading resumed after a holiday, reacting to comments from China’s central bank governor in which he hinted there was no line in the sand for the currency. The yen dropped after Japan’s central bank governor said it can deliver more stimulus if necessary. The dollar advanced against major peers, taking back some of its loss from Friday in the wake of a weak US payrolls report.

Investor attention on the trade front will return to China talks, with Treasury Secretary Steven Mnuchin having said the “main progress” may occur when Presidents Donald Trump and Xi Jinping meet at the G-20 summit later this month. For their part, G-20 finance chiefs over the weekend warned about escalating risks to growth from trade and geopolitical tensions.