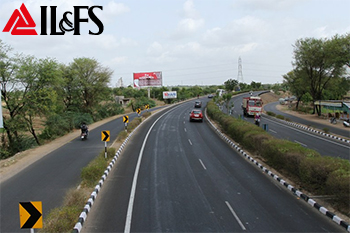 IL&FS Transportation Networks on Monday clocked the upper circuit limit of Rs1.39 per piece, up 5% on Sensex. The company's stock has maintained the upper price band throughout the day's trading session. The performance was driven after the company announced that parent IL&FS' new board has revised its estimates of debt being addressed to well above 50% of the overall debt.

IL&FS is grappling with a total debt of Rs99,000cr and currently is under resolution process across the Group.

In its intimation to exchanges, IL&FS Transportation informed that the aggregate value of the debt being addressed is now estimated as over Rs57,000cr. The revised estimates account for over 57% of total debt and are significantly higher than the average realization, to date, for Financial CreditoRsunder the IBC process

While in the filing, the company has pointed out that the new board expects to address around Rs50,500cr of total debt likely by March 2021.

Further, according to the data given on the exchanges, IL&FS has addressed debt of Rs17,640cr as on June 30, 2020. These were done through a  combination of - completed asset sales, debt repayment to Green Entities, debt discharged in Non-Green entities and available cash balance across the Group.

Further, the company said, "Efforts towards resolution of additional debt of Rs6,600cr are likely to continue beyond FY21, as the New Board expects the resolution of major holding companies to take a longer time".

Additionally, IL&FS has also proposed to set up one of the country’s largest InvITs with a target gross value of Rs13,000cr, which includes 3 SPVs where the debt of Rs5,000cr has been restructured. The Group is in an advanced stage of concluding the sale process of 15 entities with a resolution of nearly Rs8,500cr and plans to restructure the additional debt of Rs4,900cr, said in the filing.