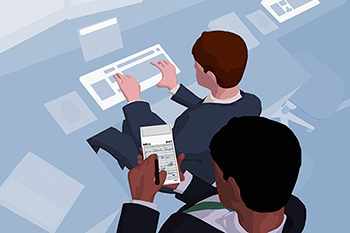 Sun Pharmaceutical rallied 1.6% to Rs 756. ICGEB and Sun Pharma announced their new collaboration for development of a dengue vaccine, targeted against all the four serotypes of Dengue virus that cause disease in humans.

ABG Shipyard Ltd is currently trading at Rs 38.7, up by Rs 5.15 or 15.35% from its previous closing of Rs 33.55 on the BSE.  The company said in a clarification that it is exploring the possibility of strategic investors so as to improve company's financial and operational strength. For this purpose, the company has appointed Rothschild investment banker.

IDBI Bank rose 4% after the media reports said that four bidders were looking to acquire a part of the government’s stake in the lender. GIC of Singapore, Asian Development Bank, IFC and Commonwealth Development Corporation are eyeing stakes in IDBI Bank, report added.

Tata Motors slipped 1%. Tata Motors Ltd said that the board has approved NCD issue of up to 5 billion rupees.

L&T Technology Services advanced 1%. The company announced that it has secured a new multiyear, multi-million dollar contract with a large global semi-conductor company to provide verification support on their expansive portfolio of offerings and products.

JSW Steel slipped 1.1%. JSW Group will invest Rs 3,400 crore in the state in next 3 years. Jindal who met West Bengal CM Mamata Banerjee said the investment will go into expanding its upcoming cement plant at Salboni.

Sterling Tools galloped 13.6% after the company informed BSE that a meeting of the Board of Directors of the Company will consider sub-division of the equity shares of the company on Nov 5.

Hatsun Agro Product Ltd inched up 1%. The company is planning to invest around Rs 850 crore during the current fiscal year and next fiscal year, in order to set up two milk processing facilities, along with the expansion of existing facilities and marketing, as per media report.

OnMobile Global jumped 3.6% to Rs 125 on BSE after the company said that it has planned an event at Bangalore today, 19 October 2016 to unveil its new product portfolio and a consumer brand.

Ceat dropped 2.5%. The company has introduced a new range of puncture-safe tyres for motorcycles, thereby creating a new segment.

Mangalore Chemicals soared 3.7% ahead of result. The company will announce its Q2 numbers today.