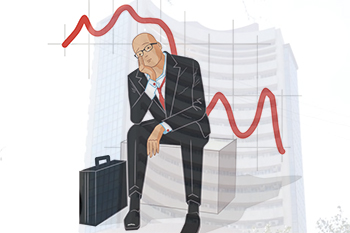 Support levels for March expiry is seen around 8500 levels as Nifty saw maximum OI build up on options at 8500 puts.

Whether it is year-end profit taking, weakening sentiment or just lack of positive triggers, the market continued its downward trajectory, with Bank Nifty being the biggest dragger. Rollovers are yet to pick up with just two days left for expiry. Nifty saw maximum OI build up on options side at 8500 puts indicating support levels for March expiry. NTPC, Hindalco were the major gainers, while Jindal Steel tumbled over 6%.

Amar Ambani, Head of Research, IIFL, said, “Jindal Steel and Power corrected sharply in today’s trading session as the company’s two bids for three blocks Gare Palma IV/2, IV/3 and Tara were cancelled. The company had bagged these coal blocks at an attractive price in the recent auctions held by the government. Deallocation of coal blocks would completely remove the company’s fuel security for its power plants. The company has moved HC towards the cancellation of the coal block. Any decision in the company’s favor would lead to a rebound in stock price.”

The market has started the expiry week, which is also the last full-week of the current fiscal year on a feeble note. Mirroring the positive global cues in the morning, the Sensex opened 56 points higher at 28,317, and soon rallied to a high of 28,385. The BSE benchmark index, thereafter, pared gains and exhibited lackluster movement for a major part of the trading day, even as the broader market traded with a negative bias.

Unabated selling pressure in IT, banking stocks and heavyweight Reliance Industries saw the BSE index pare gains and slip into the negative zone in the late noon trading session. The Sensex dropped to a low of 28,163 in intra-day deals. The BSE index finally ended 69 points lower at 28,192. In the process, the Sensex has now shed 534 points in the last four days.

Despite the recent corrective phase, the BSE Sensex is on its way to record one of its best fiscal year performances since FY10. The Sensex has rallied by 26 per cent so far this year, and has been recording gains in the last three successive fiscal years.

Among sectors - the CNX PSU Bank index dropped 1.2 per cent to 3,547. The IT index and the Bank Nifty too declined around a per cent each to 12,244 and 18,449, respectively. Most of the other sectoral indices ended on a flat note.

Jindal Steel & Power (JSPL) was the major loser today. The stock slumped over 15 per cent to a low of Rs. 140 in opening trades after the government rejected the bids of Jindal Steel and Balco for four mines amid reports of speculation of cartelisation during the recent coal block auction.

The stock recouped some losses but still ended with a deep cut of 6 per cent at Rs. 154. Latest news reports indicated that the company will challenge the government in the Court on bids cancellation.

BHEL slumped 3.5 per cent to Rs. 237 on buzz of likely divestment in the month of April.

Tech Mahindra extended its losing streak for the fourth straight trading session. The company's stock price was adjusted for 1:1 bonus issue and 2:1 stock split on 19 March, 2015. The stock today ended 3 per cent lower at Rs. 657, and has now shed over 8 per cent in the last four days.

HCL Technologies, Wipro, Maruti, Infosys and UltraTech Cement were the other major losers, down around a per cent each.

ITC ended on a flat note at Rs. 327 amid heavy volume. Reportedly, around 10 lakh shares changed hands in two block deals at the counter on the NSE at Rs. 325.50 per share.

Bharti Airtel jumped over a per cent at Rs. 385 on tie-up with Amazon Web Services to offer it’s could computing services to Indian customers.

Tata Motors too advanced 0.8 per cent to Rs. 552 on plans to raise up to Rs. 7,500 crore via rights issue of equity shares. The company's board will also consider a proposal for buyback of secured non-convertible debentures, with face value of Rs. 1250 crore, as part of its debt restructuring programme.

Lupin, ONGC, ACC, Tata Steel and Dr.Reddy's were the other prominent gainers.

Among other stocks - Glenmark Pharma plunged nearly 5 per cent to Rs. 790 after the Delhi High Court restrained the company from manufacturing, marketing and selling its anti-diabetes drugs Zita and Zita-Met on 'prima-facie' findings that the company seems to have infringed the patent of US drug major Merck Sharp and Dohme (MSD). The Court however allowed the company to sell the inventories that are already in the market.

Gujarat Flurochemicals started the day on an optimistic note, as it advanced a per cent to Rs. 730 on the back of huge response to the Inox Winds IPO. The company holds 75 per cent stake in the company. The stock, however, pared gains and finally ended almost 2 per cent lower at Rs. 710.

Granules India surged over 3 per cent to Rs. 88.60 on turning ex-split today. The company's stock price was adjusted for 1:10 stock split.

Gujarat State Fertilizers & Chemicals (GSFC) advanced 0.6 per cent to Rs. 80.80 on reports that the company has lined up an investment of Rs 15,000 crore to expand capacity over the next two years.

Brigade Enterprises rallied over 4 per cent to touch a high of Rs. 145 on the back of launch of its luxury project - Brigade Panorama in West Bangalore. The stock, however, erased gains and finally ended with a loss of 1.8 per cent at Rs. 137.

Thomas Cook was up nearly 2.3 per cent at Rs. 216 amid news of internal restructuring of investment. According to media reports, Fair Bridge Capital (Mauritius) sold 29.76 per cent stake in Thomas Cook India for Rs. 1,698 crore to a sister concern Fairfax group.

Compuage Infocom zoomed 14 per cent to Rs. 145 on bonus issue plans. The company's board is scheduled to meet on 28 March, 2015, to consider a proposal for the bonus issue of equity shares.

SpiceJet spurted a per cent to Rs. 21.65 on reports that one of the aircraft lessor agreed to end court proceedings, subject to certain terms of settlement.

MT Educare witnessed a roller-coaster ride. The stock at first soared nearly 6 per cent to a high of Rs. 112 owing to cashing out Rs. 55 crore by way of sale of its Mangalore Pre-University Campus. The stock, however, tanked over 13 per cent in intra-day deals, as it tumbled to a low of Rs. 97. The stock finally ended with a huge loss of 6 per cent at Rs. 99.30.

Photoquip India plunged over 8 per cent to Rs. 28.10 on plans to discontinue and sell it’s the LED lights division.

Bhushan Steel fell 3.5 per cent to a fresh 52-week low at Rs. 75.20 after the stock was deleted from the S&P BSE Midcap index and included in the BSE Smallcap index with effect from today.

Arshiya, Essar Ports, Geometric, KRBL, PI Industries, Thomas Cook, Uniply Industries and Wanbury were some of the stocks to hit a fresh 52-week high on the NSE.

Markets saw selling in later half of the day