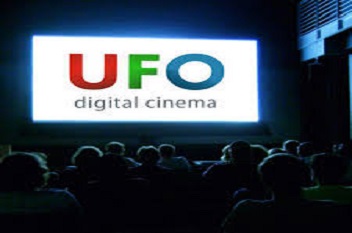 UFO Moviez Limited, India’s largest in-cinema advertising platform, with the power to impact almost 2.0 billion viewers annually through 3,513 screens under the PRIME and POPULAR channels across 1,193 cities & towns, on Thursday announced its financial results for the quarter ended June 30, 2021.

“Theatrical and Advertisement Revenues continued to remain severely impacted on account of the temporary closure of cinemas once again due to the second wave of COVID-19 since April 2021. However, continued focus on optimizing costs and conserving cash has helped the Company sustain itself throughout the period of the pandemic,” company said in a filing.

The company said, resurgence of COVID-19 cases towards the end of March 2021 led to various State Governments taking restrictive measures to prevent the spread of the virus and once again announced the temporary closure of theatres. Since then, the theatres have remained closed. However, some States have allowed the re-opening of theatres from July 2021 onwards but with restrictions on seating capacity.

“Operations of the Company remained impacted due to the second wave of the COVID-19 pandemic in Q1FY22,” said Kapil Agarwal, Joint Managing Director.

“While the second wave has been largely contained, the State Governments are cautious about reopening social avenues, fearing another wave. However, we are hopeful that theatres will reopen soon, as witnessed in the US, UK and Israel that have vaccinated a large part of their population, and that the Indian film exhibition industry would see a turnaround. Until then, we will patiently await the normalization of business activity. Currently, the liquidity of the Company remains healthy to meet its immediate and near-term requirements. We will continue to use our funds judiciously and implement cost optimization measures,” Agarwal added.