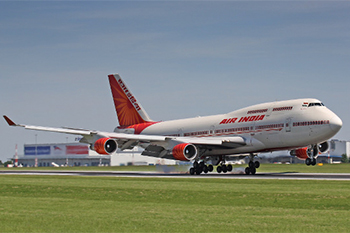 For the Tatas it was a homecoming. Tata Airlines was JRD Tata’s brainchild in 1932. Post-independence, India nationalized and rechristened it as Air India. However, JRD Tata had been allowed to continue at the helm for another 25 years. In 1978, under the Morarji Desai government, Air India was totally converted into a government company.

The good news for the Tatas is that the airlines is back with them after nearly 7 decades. The good news for the Indian government is that this stops the daily bleeding of Rs20cr in running Air India and the losses are either written off or likely to be set off against assets. Here is a quick look at the contours of transferring the Maharajah back.

Over the weekend, DIPAM announced that Tata Sons with its Rs18,000cr bid had been named the winning bidder. This bid was Rs2,900cr better than the only other bid by Ajay Singh, promoter of SpiceJet. Here are key highlights of the sale of Air India to Tata Sons.

3) In addition, Tatas also get the brands and logos of Air India, the parking slots and landing rights, apart from 117 wide-bodied and 24-narrow bodied aircraft with Air India. The good thing is that most of the aircraft are owned by Air India.

5) There are some restrictive covenants in the deal. Tatas cannot retrench any of Air India’s 12,000 employees for 1 year, after which VRS can be offered with PF and gratuity benefits. Air India brand can be transferred after 5 years; but only to an Indian company.
In a nutshell, the Tatas get a solid fleet and the government can stop its coffers bleeding daily due to Air India losses.

How will Air India fit into the Tata scheme of things?

One good thing about this deal is that the government has been a lot more pragmatic. In the past, the government plans to offload Air India got stuck on debt transfer. This time, GOI has only given one-third of the legacy debt to buyers. The bid is at par with the enterprise value that has been arrived at for Air India. Beyond the sentiments of the Maharajah returning to the Tata fold, there are some hard numbers that make a lot of sense to the Tatas.

To begin with, Tatas get access to 117 wide-bodied and 24 narrow-bodied aircraft and most of them are owned, so no worry about lease rentals. Air India provides a unique global footprint. More than 70% of Air India’s overall revenues come from global markets. Apart from being the leading international flyer, Air India has a strong footprint across North America, Europe and Middle East with attractive slots and rights. An important franchise that the Tatas get is the 30 lakh member loyalty program.

The real cutting edge for Tatas comes from the integration of aviation interests. Currently, Tatas own 51% in Vistara and 83% in Air Asia. While Tatas will take over Air Asia completely, Vistara will continue to be 49% owned by Singapore Airlines. By adding Air India to the existing aviation interests, the Tatas will end up with nearly 26% market share of the Indian aviation market. With its comprehensive range of low-cost and full-service offerings, Tatas can offer stiff competition to Indigo Airways.

Why the deal is good for the Indian government?

More than 40 years back, Margaret Thatcher set in motion the privatization of PSUs with the slogan “Government has no business to be in business”. After sinking more than a trillion rupees, Indian government has finally decided to abide by that principle. Most of the debt that the government takes over is backed by sovereign guarantees so there will not be any haircut. The net impact on the government will be about Rs44,679cr. However, a lot will depend on the market value of the non-core assets transferred since Rs14,718cr of assets are transferred at book value.

Since 2010, the total government support to the airline has been more than Rs110,000cr. That can now be treated as a sunk cost and further bleeding can be stopped. After several aborted attempts, the Air India sale has finally happened; and that is good enough!