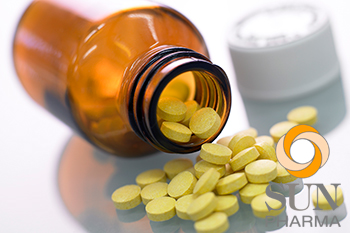 Sun Pharma had received approval for this drug in August 2016 when the addressable size of the market was $1.2bn.

As per IQVIA, the current addressable market size for this drug is ~$443mn for the 12 months ending April 2018.
Sun Pharma, after it received EIR for Halol Facility in June 2018, has received its first ANDA approval from this facility recently.