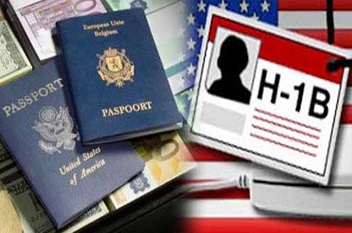 Trump suspends visas; will it impact Indian IT companies?

On June 22, 2020, Trump signed a proclamation for temporary suspension of H1-B visas for technical specialists, L1 visas for managers and H2-B visas for seasonal workers.

One of the first impacts of the Coronavirus pandemic and the sharp spurt in unemployment in the US was visible in the suspension of migrant visas into the US. On June 22, 2020, Trump signed a proclamation for temporary suspension of H1-B visas for technical specialists, L1 visas for managers and H2-B visas for seasonal workers. The reasons are not far to seek. In the last 3 months since the Coronavirus pandemic struck, the US has seen its jobless ratio increase from 4.2% to an unprecedented level 13.5%. This is the highest level of unemployment in the United States since World War II. Trump estimates that the visa ban till the end of December 2020 would create 5.25 lakh local jobs for Americans. However, the American IT industry disputes this claim and pegs the job localization to be closer to around 1.70 lakhs by the end of the year.

US technology companies are unhappy with the ban

Most of the marquee IT names like Amazon, Google and Twitter have protested the ban and called it myopic. Amazon, in specific, has noted that such a ban on immigrants would only reduce the pool of global talent and force higher costs on American companies; delaying the process of economic recovery. Sundar Pichai of Google has been more forthright in his criticism of the visa ban. Pichai has pointed out that immigrants have contributed immensely to the emergence of the US as a technology leader and this move could impact valuation of US technology companies. Twitter went to the extent of pointing out that the ban undermined the contribution that immigrants were making to the development and revenues of the US.

Will the US visa ban impact Indian IT companies?

Trump has alleged that many Indian IT companies were misusing the H1-B visa system to push lower skilled workers to the US in order to reduce costs. In the process, they were taking away US jobs. India accounted for 70% of the H1-B visas each year as the above chart depicts. So, the angst is understandable. This order does not impact persons already in the US so those projects will continue. It will impact fresh visa issuances. Since visas will now be allowed only in national interest, it is inferred that technology workers will not qualify

India has about 4 lakh H1-B workers and about 1 lakh L1 workers in the US and these numbers have been steadily growing. It is not just the Indian IT giants like TCS, Infosys, Wipro and Cognizant that are the beneficiaries. Even US companies like Amazon, Google, Facebook and Microsoft have benefited substantially. The ban on fresh visa issue means Indian technology companies will be constrained in terms of their timelines and commitments to US clients. Most of the Indian IT companies move around their immigrant engineers from one project to another. That would be severely restricted by the visa ban.

How is Indian IT preparing for this H1-B suspension?

The impact will certainly be there but the number of visa rejections for the top Indian IT companies has grown substantially in the last few years. Hence, this order was always coming. What is important is that there are some clear trends visible.
• Indian companies are exploring the possibility of using Canada as a base to service clients due to its geographical proximity and also because of its more liberal visa and immigration policy. However, most IT sector experts are of the view that this may only be possible on a small scale; not for large onsite projects.

• Indian IT companies have already been building non-US markets like the UK, EU and Japan as major market franchises. However, the US will continue to remain the most important IT market for some time, at least in terms of tech spending.

• Indian IT companies are already working with local governments in the US to recruit more of local people. Infosys has recruited 10,000 people in the US while Wipro has recruited 6,000 in the last 3 years. That should soothe frayed nerves when it comes to job losses in the US.

• The big trend shift was pointed out by Anand Mahindra when Trump had first announced the proposed visa restrictions back in 2017. According to Mahindra, these visa restrictions could force Indian IT companies to look at the massive off-shoring opportunity to service US clients. With distributed cloud based systems, high quality bandwidth and superior use of digital technology that should not be too difficult.

For now, there will be a tumultuous period of adjustment for Indian IT companies. In the longer run, this may actually impel them to move up the value chain.