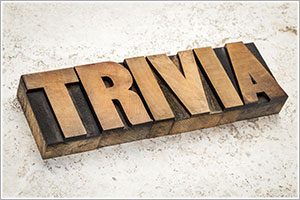 A comprehensive sustainable Tourism criterion has been launched by Union Tourism Ministry.

Union Government has put out on hold all new defence procurements from Italian Finmec cannica group.

A five year out-sourcing contract from Deccan Odyssey has been received by Cox & Kings Ltd.

DLF has been ordered to pay Rs. 630 crore by Supreme Court; the fine was imposed by CCI.

A Nageswara Rao became first Indian actor to be honoured by US post service.

India’s first ethanol-run bus has been launched in Nagpur by Union Cabinet.

TATA-Singapore airlines brand name to be called Vistara, which will commence operations from October 2014.

Sikkim has become the most favoured destination for foreign tourists in North Eastern region.

India and Australia have signed a pact on civil nuclear energy deal, opening decks for sale of Australian Uranium to India.

Survey of India says that Google has polluted internet with classified material.

To curb corruption, Delhi police has launched a Whatsapp helpline.

Snapdeal signs a deal of 50:50 joint ventures with Den Networks to extend its reach to television home shopping audiences.

Apple’s announcement on launch of iPhone 6 and iwatch is the most eagerly awaited moment in tech industry.

Jammu and Kashmir faces one of the worst floods

Usage of technology in school is on increase