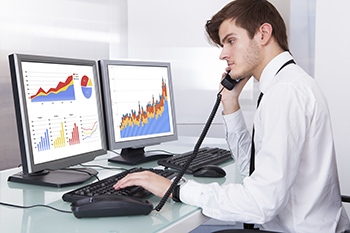 Indian markets witnessed a pause in their bearish tone on Friday led by a rally in pharma and IT stocks. The benchmark Sensex and Nifty 50 traded higher led by positive global cues as bond yields dive. In the opening bell, Sensex has touched an intraday high of 52,586.41 and Nifty 50 clocked the day's high of 15,761.50.

In terms of sectoral indices, Nifty IT was the top performer soaring by 1%. While Nifty Pharma climbed 0.5%.

In a broader market, Nifty MidCap was under pressure. Meanwhile, India's volatility index nosedived by 2%.

In Friday's session, banking stocks are expected to short-covering/value buying as the drop in bond yields bodes well for the sector. On the contrary, Midcap stocks that have witnessed significant profit booking in past days, will continue the similar trend as investors buy large-cap heavyweights consumer stocks.

Notably, selloffs in Adani Group stocks have recorded a slight revival. Adani Ports and Adani Enterprises have risen by 1-2%. Although, the remaining Adani stocks were still in red and some continued to glue at the lower circuit.

Top bulls on NSE were - Adani Ports surging 1.6% followed by Infosys and Bajaj Finserv soaring 1% and 0.9%. Divis Lab and Sun Pharma jumped by 0.8% and 0.7% respectively.

Top bears on NSE were - ONGC plunging 3% followed by JSW Steel and Tata Steel tumbling 2% each. Hindalco and UPL also plummeted by 1.5% and 1.4% respectively.

On the Asian front, gains were led by Hong Kong shares. Japanese Nikkei which traded higher by 100 points in the early deals, will be in focus as a fall in yields and a stronger dollar is favourable for Japanese exports. However, China's Shanghai Composite was performing lower despite exports beat estimates for the last 3 months.

The Asian counterparts tracked the rally of US indices at the Wall Street overnight led by technology shares. Dow Jones fell by another 200 points while Nasdaq within striking distance of new all-time highs. Bond yields fall sharply to 1.51% which sees technology stocks rally while banks and industrials stocks bout profit booking. Most Dow Jones losses arise from selling in Caterpillar and JP Morgan.