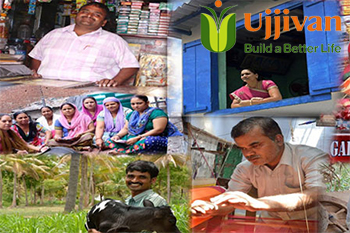 During the quarter, we have applied to RBI for a final license for Small Finance Bank and are awaiting approval for the same, Samit Ghosh said.

Ujjivan Financial Services Ltd., one of the leading providers of microfinance in India, today announced their financial performance for the quarter ended September 30, 2016.

Commenting on the financial performance for the quarter ended September 30, 2016, Mr. Samit Ghosh, Managing Director, Ujjivan Financial Services said, “We have maintained our growth momentum and the credit quality of the portfolio. Further we have reduced the lending rates for our group loans and some of the individual loans by 75 bps (0.75 per cent) with effect from October 1, 2016 and are equally happy to pass on the benefits to our valued customers”

He also mentioned - “During the quarter we have applied for the final license for Small Finance Bank to RBI and are awaiting approval for the same. On the technology front, we have implemented most of the software for the Bank and currently are in the testing stage. We have on-boarded all the senior level people and the hiring of branch levels will continue in line with our branch opening schedule. We are looking forward to launch the Bank in Last quarter of FY17.”

Ms. Sudha Suresh, CFO added, “The subsidiary company for the bank has been incorporated and thus we have declared the consolidated financials. The business of the subsidiary company will start once we launch the banking operations. During the quarter we have also focused on increasing individual loan portfolio for both secured and unsecured products mainly in the MSE & Housing space. Our Marginal cost of borrowing has reduced by around 1% over the half year, which has helped us in reducing the lending rates.”