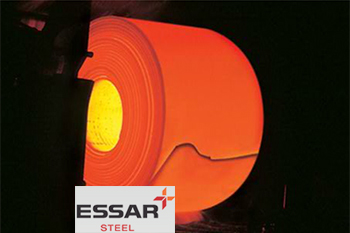 In the past, many cases (including cases like Essar and Binani Cements) had dragged on endlessly due to the ambiguity of the powers of the NCLAT. That has now been clarified and should catalyze the insolvency process.

Most PSU banks heaved a sigh of relief when the Supreme Court passed the judgement last week overruling the NCLAT order to pay bigger compensation to Standard Chartered Bank for an unsecured loan. Tithe Committee of Creditors (COC), led by SBI, had sought a review by the Supreme  Court. This judgetment by the Supreme Court is not only important for banks but also a big boost for the speedy resolution of the insolvency process in India.

Judgement limits the discretion of the NCLT and NCLAT

Primacy of the COC clearly established

Another important takeaway from the judgement is that Committee of Creditors (COC) shall have the final word on the issue of distribution of proceeds of the insolvency and the allocation to the respective stakeholders. Since the COC is principally made of bank representatives, it will give full powers to the concerned lending banks to lead and drive the insolvency process to its logical conclusion. The Supreme Court stressed that the ultimate discretion of what to pay and how much to pay each class or subclass of creditors is with the Committee of Creditors (COC).

Judgement also puts a bigger onus on the COC

With greater power comes greater responsibility and that is something the SC judgement has ensured. The judgement calls upon the COC to satisfy itself that the corporate debtor can continue as a going concern during the insolvency resolution process. The onus is also on the COC to ensure that the interests of all stakeholders including operational creditors are taken care of. This makes the COC morally and ethically accountable. It creates a credible process to push through the insolvency process and for banks to recover their money. This is more so since operational creditors are essential to keep the corporate  debtor as a going concern.

A common bottleneck to the insolvency process was the problems raised by personal guarantees given and the cases of undecided claims. Here again, the SC has given a clarification. The judgement has clarified that once a resolution plan is approved by the COC, it shall be binding on all stakeholders, including guarantors. Also, to protect the interest of the bidders of assets, the judgement also clarifies that undecided claims will not be entertained after the resolution plan is approved and ratified.

No creditor payments permitted during CIRP

This is an important point since some creditors had used legal pressure to make the defaulting company pay even in the midst of the insolvency process. In fact, the NCLAT had allowed profits of the corporate debtor during CIRP to be paid to creditors which had created a problem for lending banks. Supreme Court has set aside this decision and affirmed that any distribution of profits to creditors during the corporate insolvency process will be null and void.

This was another bone of contention. An amendment to the CIRP Act sought to set a mandatory timeline of 330 days for completion of CIRP, failing which, the corporate debtor would be liquidated. The Supreme Court struck down the word “mandatory”, so that this is on a best effort basis and the timeline does not become an unnecessary drag on the process. SC averred that a lot of time is spent in legal delays and it would be unfair to penalize the debtor company for the same.

Above all, Essar will boost the bottom line of Indian banks

The proof of the pudding lies in the eating and here is how much banks will benefit from the Essar Steel resoliution. That will surely create a template for the COC to expedite other cases too!