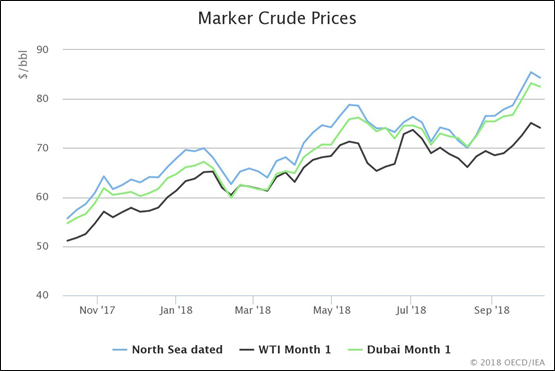 The most important thing about oil is that a few nations determine the supply of oil, while a handful of nations have the biggest impact on oil demand.

When you see oil prices fluctuating in the global markets, have you wondered what causes this volatility? Obviously, it is the factors of demand and supply, but this is the case with most commodities. The more important thing about oil is that a few nations determine the supply of oil, while a handful of nations have the biggest impact on oil demand.

Let us dive deeper into the demand and supply dynamics of oil. When we talk of oil here, we shall focus on Brent Crude, which is a popular benchmark outside of the US. 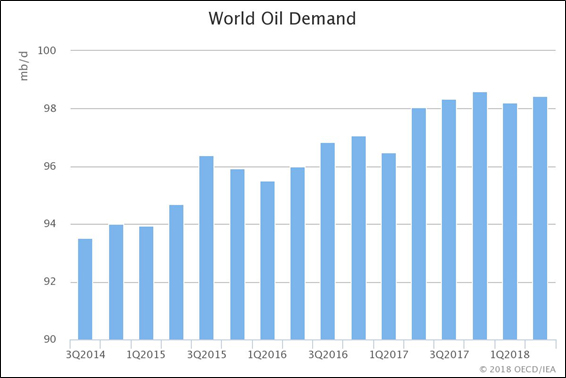 Demand for crude oil stood at around 98.3mn bpd (barrels per day) of oil. This demand for crude oil comes from transportation, industry, and from heating demand. Transportation continues to be the largest source of oil demand around the world. In terms of economics, countries such as Japan, China, India, and the EU region are major net importers of oil. On the other hand, countries such as Brazil, Canada, Saudi Arabia, UAE, Iraq, Iran, and Libya are among the major exporters of oil in the world. Here are some of the major demand drivers of oil globally:

The biggest factor determining the demand for crude is the level of growth in GDP and consumer spending. One of the reasons for the sharp rise in the demand for oil in the last 20 years has been the steady rise in demand for oil from China and India. Thus, oil prices tend to go down when the global demand patterns change and growth shows signs of faltering.

The fuel structure of the automobile industry has a major impact on the demand for oil. Fossil fuel-fired cars continue to dominate the global auto industry although there has been some shift towards more friendly fuels. The big threat for demand comes from the rise of electric cars, which is likely to be a major contributor for a fall in oil demand in the coming years.

Further, The Paris Climate Accord (Trump’s participation notwithstanding) is likely to make fossil fuels increasingly difficult to produce in the next 30 years. To reduce the carbon footprint, there has to be a major shift towards renewable sources of energy such as solar, wind, and biomass. This is going to be one of the biggest influencers of demand in the coming years.

Oil demand is extremely sensitive to prices. When oil prices went above $80/bbl and domestic prices of petrol in India were above Rs85/litre, there was a visible contraction in demand for cars. It works both ways for demand vs. price.

Supply of oil in the global market 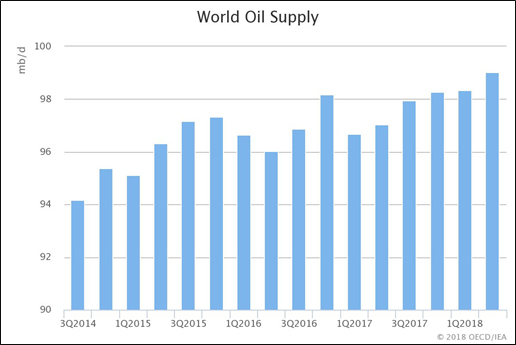 The supply of oil was long dominated by the Organization of Petroleum Exporting Countries (OPEC). This has changed substantially in the last few years. Today, Saudi Arabia, Russia and the US produce nearly 35mn bpd and account for close to 40% of the global output. With Russia and the US not being part of the OPEC, the contribution of OPEC is less than 33% of the global output. Here are some of the key factors impacting the supply of oil:

Oil prices are largely a function of demand and supply and as can be seen in the above chart of crude prices, it has been on an uptrend since the last one year. While demand and supply are fairly balanced, it is the expected pressures on demand and supply that puts pressure on prices. For example, the Iran sanctions threatened to cut out nearly 3mn bpd and this has led to a spurt in prices. After touching a peak of $87/bbl in early October 2018, oil prices slipped again on the back of fears that trade wars could contract global growth and thus compress oil demand.

As the OPEC and its allies met yesterday, signs of a production cut in 2019 became stronger as they said in a statement “new strategies” may be needed to deal with the pricing and supply situation. Meanwhile, news has already poured in regarding Saudi's likely production cut in December.

Prices for petrol and diesel on September 29