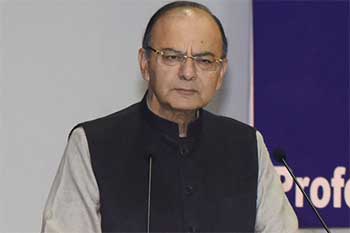 Considering that it was the last full budget before the 2019 general elections, there were high expectations from the Union Budget FY18-19. There were certainly some bold and revolutionary steps that were attempted, but unfortunately, the stock markets focused overly on the introduction of tax on long-term capital gains.

Here are five major announcements made by the government during Union Budget 2018-19 and how they performed in the year since.

A structural push to rural demand and farm income

One of the key focus areas of the Union Budget 2018-19 was the farm distress in India. The NDA government had committed to double farm incomes by 2022 and to that extent, the budget did not exactly disappoint. Firstly, the government assured farmers Minimum Support Price (MSP) of 150% of the cost of production. This was announced for Kharif crops but later extended to Rabi crops too. Secondly, the government increased the targeted farm credit to Rs11tn to boost agricultural production.

Where do we stand a year down the line? On the positive side, agricultural growth at 4.1% was better than the previous years, even as manufacturing and services faltered. But farmers are still struggling to get remunerative prices and that may be the focus in 2019.

Union Budget 2018-19 also announced Ayushman Bharat (Pradhan Mantri Jan Arogya Yojana, or the National Health Protection Scheme, or Modicare), the world’s largest health insurance scheme to cover 10cr deprived families with a health cover of Rs5 lakh per annum. While good in intent, this strategy has faced practical hurdles. Last-mile delivery remains a challenge and most hospitals have complained that compensation is just insufficient. Secondly, the scheme requires buy-in from states to succeed, whereas most non-BJP ruled states have refused to subscribe to it, with Bengal being the latest.

Remember the old business wisdom, “A leeway in performance targets is like an invitation to failure”. This stands corrected, at least in the present Indian scenario, as the government touched 104% of the full year fiscal deficit target at the end of six months itself. With a massive farm rescue package still in the anvil, it is up for guessing if the 3.5% outer limit will be respected. The government will have to be cautious since any spillage in the Fiscal Responsibility and Budget Management (FRBM) Act, 2003, targets will be viewed negatively by foreign portfolio investors (FPIs) as well as currency traders. One must remember that there is also pressure on revenues due to below-par GST collections and weak disinvestment revenues.

Aggressive divestment targets may be hard to meet

For the fiscal year 2017-18, the government achieved disinvestment revenues of Rs1,00,000cr against the target of Rs72,000cr. This spurred the government to set an aggressive target of Rs80,000cr for fiscal 2018-19 as well. However, as of December, only Rs32,000cr has been collected. The government may have to resort to aggressive cross holdings, mandatory buybacks, and aggressive dividend payouts by PSUs to bridge this shortfall.

LTCG on equities taxed at 10% above Rs1 lakh

This was the controversial announcement which spooked the equity markets in 2018. The government collects over $1bn through STT each year and its target was to collect nearly four times that amount through LTCG tax. While the actual numbers are not yet out, indications don’t look encouraging. The markets have been volatile and that has not left too many investors with profits. Secondly, past experience with LTCG tax has been that too much profits either tend to get set off or carried forward.

The government did make a sincere attempt in Budget 2018-19 but the follow-up action has left a lot to be desired. It remains to be seen how it influences Budget 2019-20!