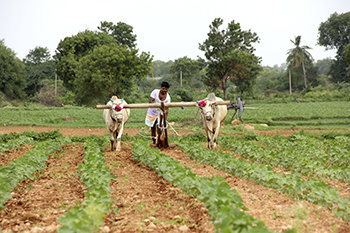 Has the falling GDP jinx been finally broken?

The advance estimates of GDP for the third quarter ended December 2019 came in at 4.7%; slightly better than the second quarter. This is better than most estimates which had pegged the third quarter GDP growth at below 4.5% and the full year GDP growth at 4.7%. Since the Jun-18 quarter, GDP growth has been consistently lower quarter after quarter. Has the GDP number finally broken the downward jinx on a day when the Sensex and Nifty were down by over 4%? That is something only time will tell.

Breaking up the macro GDP numbers

While the GDP growth for the Dec-19 quarter bumped up to 4.7% from 4.5% in the Sep-19 quarter, this could largely be the base effect. Let us look at the nominal GDP and the real GDP estimates in the first place. For example, Nominal GDP for 2019-20 is estimated at Rs203.85 trillion, a growth of 7.5% over the previous year. India needs a nominal growth of well over 11% and from that perspective; the 7.5% nominal GDP growth is disappointing. Real GDP at constant prices is estimated at Rs146.84 trillion for 2019-20. That would translate into a full year GDP growth estimate of 5% for 2019-20, compared to 6.1% in the previous fiscal. However, this is an extrapolation. For the third quarter ended Dec-19, the GDP at constant prices was Rs36.65 trillion, a growth of 4.7% over the corresponding quarter last year.

GVA for full year to remain below 5%

GVA for 2019-20 is estimated at 4.9% compared to 6.1% in the previous fiscal. What explains this fall? Clearly, it comes from manufacturing falling from 5.7% last year to just 0.9% this year. Even utility services like electricity, gas and water supply saw growth falling sharply from 8.2% to 4.6% in the current fiscal. The services sector including financial services and public services are expected to be at par with previous year with minor aberrations.

Agriculture shines in the Dec-19 quarter too

Question marks over the fourth quarter

The National Statistical Office (NSO) has estimated the full year GDP growth at 5%. With the first 3 quarters of 2019-20 recording GDP growth of 5%, 4.5% and 4.7%; this pre-supposes an estimated growth of 5.8% in the fourth quarter. That surely looks quite ambitious for 3 reasons. Firstly, the agricultural boost in the third quarter is unlikely to repeat in the fourth quarter. Secondly, the full impact of the Chinese Coronavirus is still not known. But, if IMF is downgrading global GDP growth by 30-40 basis points, then 5.8% in fourth quarter is surely optimistic. Thirdly, with fiscal deficit likely to be constrained at 3.8%, we could see some impact on public spending and that would impact the services growth.

A bounce from 4.5% to 4.7% in Q3 is surely positive news in the midst of all the gloomy cues. But we will really have to wait for the lag effect of the virus pandemic before getting optimistic about the weak GDP jinx getting broken.