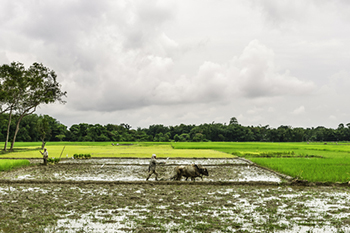 SKYMET monsoon forecast and impact on the economy

This year, IMD has forecast normal rainfalls but SKYMET in its latest forecast has warned of below average rainfall. That was the day the Nifty reacted negatively.

Weather forecast (especially the monsoon forecast) plays a critical role in deciding the trajectory of the Indian economy. The last five years of this government have been relatively mixed.  Notably, 2014 and 2015 were years of drought where the shortfall was to the tune of almost 10%. Year 2016 was the only year of abundant rainfall, while 2017 and 2018 did not face a drought but the rainfall was below normal. The rainfall matters in India because the Kharif season starting in June is largely dependent on timely and adequate rains. For many years, the Indian Meteorological Department (IMD) was the only organization putting out the monsoon forecast. Now we have the IMD and the private sector SKYMET putting out their forecasts. This year, IMD has forecast normal rainfalls but SKYMET in its latest forecast has warned of below average rainfall. That was the day the Nifty reacted negatively.

What exactly is normal rainfall?

Normal monsoons are defined based on the Long Period Average (LPA) rainfall over a period of the last 50 years. Normal rainfall is within the range of 96% to 104% of the LPA. Anything above that is classified as excess rainfall and anything below that is below normal. If the rainfall deficiency is more than 10% it is classified as a drought year.

Rainfall cannot be judged purely on the basis of quantum of rain. It must also be seen in the context of timely arrival and the proper distribution of rainfall. Even if rainfall is adequate but the onset of monsoons is delayed, it can adversely impact the sowing season. In regions like Punjab and Haryana, delayed Kharif sowing reduces the time gap between the Kharif and Rabi seasons. There is also an issue of spread. The water-hungry crops need to get adequate rainfall on time. In the last few years we have seen vast disparities in rainfall across India, with floods in some regions and droughts in other regions despite the national average being normal.

Why SKYMET forecast impacts the markets?

In 2015, SKYMET had predicted a normal monsoon but the IMD had called out a drought and that is what it was. However, in 2018, SKYMET was closer to the real monsoon situation. SKYMET is basing its forecast of deficient rainfall on the El Nino effect, a Pacific current that leads to global warming and impacts rainfall. Whenever the El Nino impact has been witnessed, rainfall has fallen short. This year there is a 60% probability that the El Nino could hit India in the June-August period and that is not great news.

While 2014 and 2015 saw deficient output, India touched record output of 275 million tonnes of food grain production in 2016. In the next 2 years, the production has been slightly higher and the below average rainfall did not impact output. That has been instrumental in keeping the agricultural prices under check. The real worry could be in the onset of the sowing season. SKYMET has forecast a 23% rainfall shortage in June and that becomes critical as it is the sowing season.

Concern on the North West

If June has a shortfall of 23% then most of North West regions like Punjab, Haryana and Western UP could face a limited time window between the end of the Kharif season and the beginning of the Rabi season. It is in these conditions that stubble burning is at its peak and that has created massive pollution in the entire northern region. Farmers are also worried that deficit rainfall will lower the water tables and reduce water availability.

Deficient rainfall and late sowing means lower farm incomes. That is bad news for a host of industries ranging from agro chemicals to fertilizers to two wheelers to consumer goods. The demand for all these products could see further constriction. Government may end up with a higher support to farmers and therefore a higher fiscal deficit. That is not great news for the market. One only hopes that the onset, quantum and the spread of the monsoons this year is as close to normal as possible.