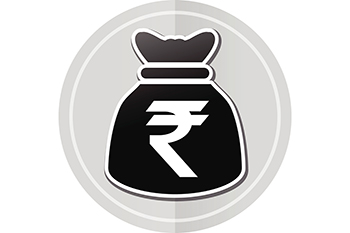 The legendary Warren Buffett once said in his own inimitable style, “There are 2 rules to investing. Firstly, don’t lose money. Secondly, don’t forget Rule 1”. But the best of traders and investors have learnt their classiest and most useful lessons from their losses. The moral of the story is that, when you lose money in the markets, don’t lose heart. Instead, evaluate where you went wrong and improve your trading argument. It is absolutely OK to commit mistakes once; that is normal. However, repeating mistakes is a habit best avoided.

No, the best investors did not have a flawless journey

If you had bought Reliance Industries in March 2020, it would have eclipsed 10 other stocks in your portfolio which did not perform. That is the problem in most markets because a handful of stocks account for most of the returns. A proper stock selection strategy is Inevitable. Here are 5 cases where investors learnt their best lesson after losing money.

Why early losses are more valuable?

In most of the cases, the losses for these experts did not come at the start of their investment careers. Instead, it came at a much later stage, but it did play a key role in shaping their future investment strategy. As investors you must prefer that your losses come early. Here is why.

It is about recouping, not about hara-kiri

This is not an invitation to jump in and lose money. You still need to do your homework, research your stocks, measure your risk and monitor your trades. But mistakes are inevitable. If you take successful investors like Buffett, Lynch, Druckenmiller, Jones or Paulson; they have all made mistakes.

The most enduring lessons in the stock market are the lessons that you learn by losing your hard earned money. The investors with bravado end up repeating these mistakes and committing hara-kiri. The conservative lot just retreat from markets altogether. But, the intelligent investors quietly take the lessons and become better investors in the process. That must be your endeavour!