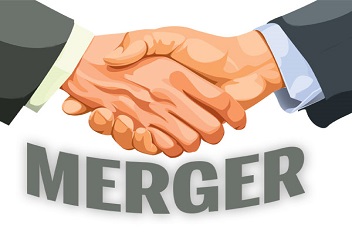 Where does the Reliance–Future group merger deal stand?

The agreement to merge the retail and wholesale businesses of Future group into Reliance Retail had been signed in August 2020.

On 20 March 2021, Delhi High Court provided relief to the promoters of Future Group from any attachment of assets. Just a few days earlier, a single-judge bench had ruled in favour of Amazon. It had allowed assets of Future group and its promoters to be attached for non-adherence to the emergency arbitral award.

A quick background of the merger and after

The agreement to merge the retail and wholesale businesses of Future group into Reliance Retail had been signed in August 2020. However, before approvals for the deal could get through, Amazon sought a stay on the deal through an Emergency Arbitral Order from the Singapore International Arbitration centre (SIAC). That is the bone of contention.

Indian laws stipulate that orders by arbitral courts from specific jurisdictions are valid subject to ratification by an Indian court. That is what Amazon had sought from the Delhi High Court in January 2021. Amazon also simultaneously wrote to NCLT, SEBI and stock exchanges to block the proposed merger between Reliance Retail and Future Group.

SEBI approved the merger deal with the caveat that legal risks be disclosed, but final NCLT approval is awaited. As of March 2021, two things are clear. Firstly, no attachments of assets of Future Group or its promoters will be permitted till the next hearing on 30 April. However, the deal cannot proceed till the final judgment on the case is delivered by Court.

On what grounds did Amazon object to the merger?

The reason Amazon objected to the deal goes back to 2018 when Amazon had bought a 49% stake in unlisted Future Coupons Private Limited. One of the clauses in the deal was that, at a later date, Amazon will be entitled to pick up a stake in Future Retail. Currently, that is not possible due to regulatory restrictions, but the bet was that over time such FDI restrictions would be eased. On the basis of this clause, Amazon objected as their investment in Future Coupons had barred any sale of stake to a competing retailer.

Future group argued that the stake sale to Reliance was necessitated by the financial crunch in the aftermath of the pandemic. At that time, Future group had approached Amazon for a deal but it did not fructify. FDI restrictions apart, Harish Salve, argued for Future Group that the deal was between Future Coupons and Amazon and did not apply to Future Retail. However, being from the same group, the court would not accept that argument.

Will Amazon gain by the deal not going through?

There are no two opinions about that. The Indian ecommerce segment is split between Wal-Mart (via Flipkart), Amazon and Reliance. As of now, Wal-Mart and Amazon dominate the Indian online commerce market, but Amazon sees a big threat from Reliance. Firstly, Reliance Jio has a digital franchise of over 40 crore customers who can directly onboard as retail clients. Secondly, Reliance is executing a larger project with the help of Facebook and WhatsApp to create a unique ecosystem for small retail and Kirana shops. That is what Amazon is worried. The longer this deal gets delayed, it works to the advantage of Amazon.

Where do Reliance and Future Group stand?

For now, Reliance has given a longer rope and is willing to wait another 6 months for the deal to get through. Meanwhile, most of the Future stores are already being supplied and stocked by Reliance Retail at liberal terms of credit so business is not suffering in any way. But, if the deal gets delayed further and RIL has second thoughts, then Future group may have a problem managing its liquidity and solvency. Future Group already sits on a Rs12,000cr debt pile with pay-outs coming up regularly.

Indian government may have to walk a tightrope

The Indian government may have to eventually get involved. There are two very diverse issues they have to contend with.
It is still not very clear which way the needle will finally swing, but one thing is crystal clear that the stakes are awfully high.