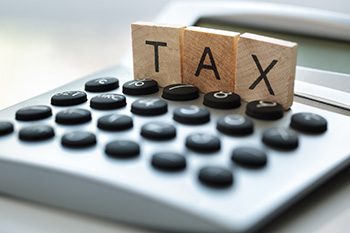 In this article, we look at key budget announcements that impacted stock markets.

There has been a long-standing relationship between Union Budgets, tax announcements, and the stock markets. Of course, the impact was all the more pronounced after the onset of liberalization in 1991. This was when the actual impact of Union Budgets on capital markets was felt.

Let us look at some of the key budgetary announcements pertaining to taxation that impacted stock markets since 1991.

In many ways, this budget presented by Dr. Manmohan Singh remains the benchmark for large-scale reforms. Import duties were slashed, excise duties were cut and the license raj was abolished. In fact, peak customs duty came down from 220% to 150%. While this budget focused a lot more on the indirect tax front, the tax changes brought about were instrumental in triggering the biggest bull-run in equities between 1991 and 1992.

By 1994, services were contributing 40% to India’s GDP, but were untaxed. Budget 1994 introduced Service Tax at the rate of 5%. This was later increased progressively to 15% before it was subsumed into GST in 2017 at the rate of 18%. However, the sharply higher contribution from service tax enabled the government to further reduce the rates of excise and customs, which indirectly gave a big push to the manufacturing sector. The results were apparent as the manufacturing sector boomed thereafter.

Budget 1997 is referred to as the Dream Budget presented by Chidambaram. However, the budget triggered some long-standing shifts in capital markets. Companies were allowed to claim MAT (Minimum Alternate Tax) credit for previous tax paid. The government also launched the Voluntary Disclosure of Income Scheme (VDIS) to unearth black money in an innovative way. In terms of money with the public, this budget also slashed personal income tax rates which triggered retail participation in equity markets and mutual funds in a big way.

Budget 2000 – Towards competitiveness and transparency

The millennium budget was presented by Yashwant Sinha under the NDA government. It made two announcements with major implications for capital markets. It introduced clear transfer pricing norms for transparency in inter-group transactions. This budget also abolished tax incentives for software companies which set the stage for Indian IT companies to focus on scale and global competitiveness. IT has a weight of 13.5% in the Nifty today, next only to banks and consumer goods.

Budget 2004 – Abolition of capital gains tax and introduction of STT

Budget 2004 had long-term implications for the Indian capital markets. After a brief re-introduction of capital gains tax, LTCG was abolished and STCG was taxed at a concessional rate of 10%. In fact, LTCG remained tax-free till 2018. STT on equity transactions was a temporary dampener, but in the long run, it made the markets more transparent and better equipped to handle F&O volumes.

This was a mixed budget. It raised exemption limits on income tax and put more investable surplus in the hands of people. However, it also hiked the rate of dividend distribution tax (DDT) from 12.5% to 15% which has remained so since. This has worked against dividend payments.

This budget imposed an additional dividend tax of 10% on annual dividends beyond Rs10 lakh in the hands of shareholders. Dividends were a post-tax appropriation and DDT also continued; hence, this became a form of triple taxation. This led to a major shift as large companies preferred buybacks to dividend announcements.

This budget was not received too well by markets. It introduced flat (without indexation) 10% LTCG tax on equities and equity funds above Rs1 lakh per annum. At the same time, the budget also imposed 10% DDT on dividends declared by equity funds.