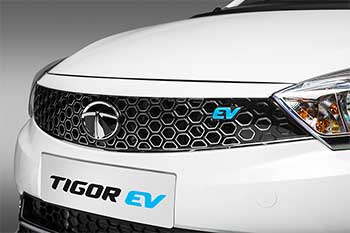 Moody's Investors Service says in a new report that the uncertain pace of recovery in global auto demand will continue to weigh on Tata Motors Limited (TML, B1 negative) and its wholly-owned subsidiary Jaguar Land Rover Automotive Plc (JLR, B1 negative) over the next 12-18 months, as reflected in their negative rating outlooks.

"We do not expect global auto shipments to recover to pre-pandemic levels until the middle of the decade, while further lockdowns, the transition to electric vehicles, emission compliance requirements and – for JLR – Brexit all pose further downside risk," says Tobias Wagner, a Moody's Vice President and Senior Credit Officer.

TML's underlying credit profile has deteriorated to a level weaker than JLR's, but the ratings remain the same thanks to a one-notch uplift to reflect likely support from parent Tata Sons Limited in times of need. JLR's rating does not incorporate an uplift for likely support from parent TML, due to the latter's weaker credit quality. Still, the subsidiary remains strategically important to both TML and Tata Sons, a credit positive for the rating.

"TML's credit profile had previously benefited from the different demand dynamics in its JLR and non-JLR segments, but the pandemic has hurt demand across all major markets, while the profitability and liquidity of its Indian operations also have weakened," says Kaustubh Chaubal, a Moody's Vice President and Senior Credit Officer.

Moody's expects TML's and JLR's financial metrics will remain in breach of rating downgrade triggers over the next 12-18 months, implying a sustained improvements in operations is required to maintain their current ratings.

For TML in particular, a return in outlook to stable would require improvement at JLR as the key contributor to consolidated credit metrics, along with a recovery in the profitability of TML's Indian operations.