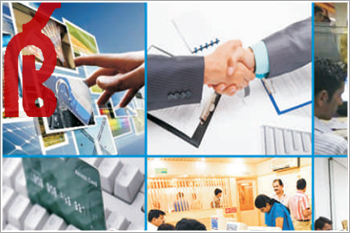 Investors had a cautious bias on Punjab & Sind Bank during Thursday’s trading session after the state-owned lender informed about provisions made against Dewan Housing Finance Corporation (DHFL). The NBFC’s total outstanding dues to the tune of Rs815.44cr has been declared as fraud and reported to the Reserve Bank of India (RBI).

In its regulatory filing on Wednesday, the Punjab & Sind said, “In terms of SEBI (Listing Obligations and Disclosure Requirements) Regulations, 2015 and having regard to the Bank's policy on determination and disclosures of material events, it is informed that an NPA Account, viz. Dewan Housing Finance Corporation Limited (DHFL) with outstanding dues of Rs815.44cr has been declared as fraud and reported to RBI as per regulatory requirement.”

Following which, the bank said they have already made provision of Rs203.86cr as per the prescribed prudential norms.

On Sensex, at around 10.23 am, the bank’s stock was trading at Rs13.32 broadly flat compared to the previous closing. The stock has also clocked an intraday high and low of Rs 13.40 per piece and Rs 13.25 per piece respectively.

Similarly, DHFL was trading at Rs 15.01 per piece also subdued compared to the previous closing. The stock has touched an intraday high and low of Rs 15.06 per piece and Rs 14.75 per piece respectively.