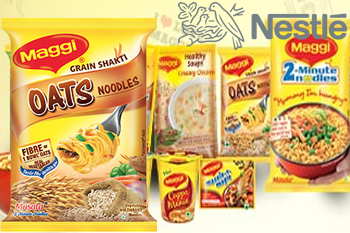 Nestle India is looking for a series of price hikes in its products due to the higher commodity prices that have already led to an average price increase of 1-3% in the company's products during the last six to eight months.

Nestle's chief Suresh Narayanan expects commodity prices to continue to rise and result in a spectre of food inflation for manufactures. The chief sees the year 2022 as a "difficult" one and some impacts are expected to take place on the company.

Narayanan during a virtual media roundtable told reporters that going forward, "2022 clearly looks to be promising to be a difficult year."

He highlighted that the first half of the current year was filled with relatively more secured and subdued in terms of commodity pricing as, except packing materials and crude oil, by and large, prices of milk and wheat have been broadly stable, reported by PTI.

However, the Nestle chief stated that there is an uptick as far as milk prices are concerned, while he added that coffee prices globally are also rising "quite significantly" as there have been adverse impacts in Vietnam who is the largest grower of coffee, due to the Coronavirus pandemic and disruptions there in the country.

Narayanan said that in the last six to eight months, the company has recorded an average price hike of 1-3%.

Thereby, Narayanan in the report said that there is going to be a spectre of food inflation that will be staring at us. He mentioned that this will put pressure on raw material supplies in the future as large economies are opening quite strongly.

Narayanan expects about a 5% uptick in commodity prices. Notably, he believes the forward pressures to be more acute than what the country has been through at the moment.

Although, Nestle is a locally-sourced economy largely in regards to raw materials, however, Narayanan stated that the commodity price rise will "definitely" be an impact and that is an area which the company is looking out for.

Moreover, the Nestle chief expects this Diwali to be better compared to the previous ones.