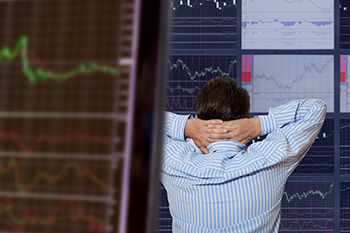 Monday’s trading session turned into a bloodbath for Future Group’s listed stock on exchanges after Jeff Bezos’ Amazon received an interim relief from Singapore arbitration court over arbitration matter. This comes as a setback to Future Group who plans to sell its retail assets to Reliance Industries backed Reliance Retail Ventures (RRVL).

On Monday, Future Enterprises froze on the lower circuit limit of Rs 9.53 per piece on Sensex. Also, Future Market, Future Consumer and Future Supply closed on their lower circuit of Rs15.15 per piece, Rs7.54 per piece and Rs91.20 per piece on the same index.

These stocks witnessed a nearly 5% drop each in their stock performance.

Further, Future Retail stock ended at Rs73.85 per piece down 5.08%. On the other hand, Future Lifestyle after clocking the lower circuit of Rs77.90 per piece finished at Rs78.15 per piece below 9.71% on Sensex.

The US-based e-commerce giant has claimed that the Kishore Biyani-backed group violated an investment contract when it agreed to sell retail assets to Reliance Industries-led Reliance Retail Ventures (RRVL).

Future Retail has clarified today saying, “FRL is examining the communication and the order. It may be noted that FRL is not a party to the agreement under which Amazon has invoked arbitration proceedings. Adding the company said, “In any enforcement proceedings, FRL would take appropriate steps to ensure that the proposed transaction will proceed unhindered without any delay.”

RIL had also intimated exchanges about the matter. It said, “RRVL has entered into the transaction for the acquisition of assets and business of Future Retail Limited under proper legal advice and the rights and obligations are fully enforceable under Indian Law. Adding RIL said, “RRVL intends to enforce its rights and complete the transaction in terms of the scheme and agreement with Future group without any delay.”