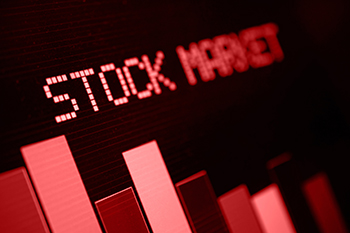 Asian markets traded weakly on Monday with Dow Jones futures tumbling over 340 points. However, the Hang Seng index nosedived  more than 4% today, as shares of China Evergrande Group slumped more than 10%. While The S&P/ASX 200 in Australia fell 1.21%.

The stock markets in mainland China, Japan and South Korea are closed on Monday for holidays.

The Federal Reserve may indicate 'tapering' of bond purchases which could be negative for emerging markets. The default of Chinese large reality player 'Evergrande’ also saw indices weak with the sentiment on the caution side.

Wall Street equities remained volatile last week on growing concerns from rising delta variant of Coronavirus cases and all three indices extended weekly losses to the tune of 0.1%-0.6%. Economic data during the week was mixed.

For the current week, the Federal Reserve policy meeting outcome on Wednesday will be crucial for market direction. Additionally, the speech of Fed Chairman Powell on Friday will be in focus. However, the USA market is expected to trade sideways with a downward bias mainly on the emerging possibility of earnings cuts.