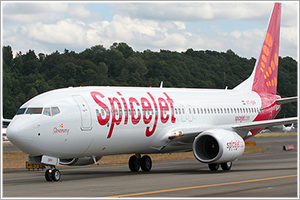 According to the media reports, domestic air passenger traffic in April decline due to surging in covid-19 infections across the country and resultant travel curbs imposed by states. Domestic airline operations were suspended between March and May 2020 as the government has imposed a lockdown.

The passenger load factor (PLF) of major scheduled commercial airlines was 52-70% in April, down from 64-75% in March.

While, Air India’s domestic load factor was at 52%, with a market share of 12%, Vistara and AirAsia India carried about 311,000 and 355,000 passengers, respectively in the month of April.