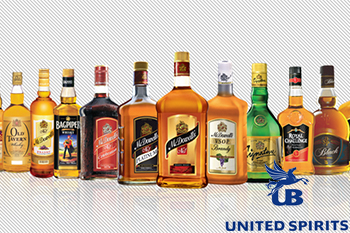 Shares of liquor companies in focus after media reports suggested that the Union Cabinet has approved of increasing the licence fee for country-made liquor in Uttar Pradesh by 10%, for beer by 15% and foreign liquor by 20%. The hike in licence fee though may lead to an increase in prices with effect from April 01, 2020, the media reports said.

Reacting to this news, shares of Tilaknagar Industries, Piccadily Agro and United Spirits were up 2% each, while Radico Khaitan, IFB Agro Industries, Globus Spirits, and Gujchem Distillers India were down on the BSE index.

Further, the media reports said that the licence of country-made liquor shops will be renewed on a 2% increase in minimum guaranteed quality (MGQ). Under the new policy, the duty on beer produced at the micro-breweries has been brought down from Rs150 bulk litre to Rs60 bulk litre, the media reports added.

Meanwhile, investors are focusing on Union Budget for FY20-21 which is due on Saturday, February 01, 2020.

Piccadily Agro Industries Ltd is currently trading at Rs9.20, up by Rs0.2 or 2.22% from its previous closing of Rs9 on the BSE.