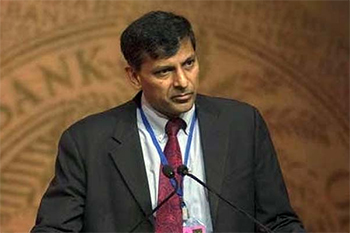 With the Government setting the fiscal deficit target of 3.5 percent of GDP in 2016-17, during the Union Budget 2016-17, chances of a rate cut have only increased. The sentiment in the stock market has improved with market participants now bracing up for a cut in the interest rate.

Last year, the RBI cut the benchmark repo rate, within five days of the Budget being announced, stating that it was convinced about the government’s fiscal consolidation plan. Experts note that they are looking forward to something similar this time as well. The Macro Economic Survey had suggested that the government stick to its fiscal prudence plan, and also called for an easier monetary policy from the RBI.

Going by the current numbers, inflation too has remained within the Reserve Bank of India’s (RBI) indicated trajectory. Consumer Price Inflation or the CPI stands at 5.69 percent in February, lower than RBI’s projected target of 6 percent for January 2016.

The RBI had categorically stated in the run-up to the Budget that any slippage in the fiscal deficit target on part of the government would tie its hands as far as rate cuts were concerned.

Analysts had noted that the RBI decided to maintain a status quo on its key policy rates, in its last monetary policy, as it was waiting to take a cue from the Government's annual budget statement to decide if they should cut interest rates further. As of now, if the RBI goes for a rate cut, off-cycle, it will only further lift the mood in the stock market. The repo rate stands at 6.75 per cent.

In its bi-monthly review, held in February, the central bank, in its statement said, “Going forward, under the assumption of a normal monsoon and the current level of international crude oil prices and exchange rates, inflation is expected to be inertial and be around 5 per cent by the end of fiscal 2016-17.”

It added, “However, the implementation of the VII Central Pay Commission award, which has not been factored into these projections, will impart upward momentum to this trajectory for a period of one to two years. The Reserve Bank will adjust the forecast path as and when more clarity emerges on the timing of implementation. Vagaries in the spatial and temporal distribution of the monsoon and the impact of adverse geo-political events on commodity prices and financial markets add additional uncertainty to the baseline.”

In 2015, the RBI slashed the key policy rates by good 125 basis points. Banks then started slashing the lending rates for their customers. In April 2015, leading banks such as State Bank of India (SBI) and HDFC Bank promptly announced a reduction in their lending rates, within few hours of the central bank urging banks to cut lending rates.

In the last few months, most banks have slashed their base rates just by about 60 basis points. They first started reducing their deposit rates and followed it by slashing lending rates. Raghuram Rajan, Governor, RBI had come down heavily on banks for not passing the benefits of lower interest rates to their consumers.