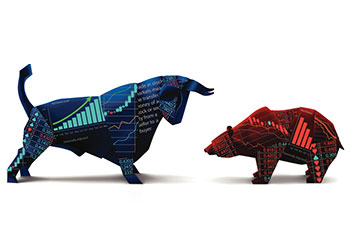 Domestic benchmark indices extended gains after opening on a positive note following upmove in global markets. The 30-share BSE index was trading 284 points higher at 52,834.02. Similarly, the broader NSE Nifty inched 80 points or 0.51% up to 15,828.55.

Among the sectoral front, the metals and PSU banks were top gainers in the largely positive sectoral gauges while media and realty were the only indices to trade in the red zone.

Infosys, Reliance Industries, Kotak Bank and TCS were among other blue-chip top performers on the Sensex pack. On the other hand, Power Grid, L&T, NTPC and ICICI Bank were among other losers.

Asian stock markets gained in Wednesday trading session after U.S. shares closed at a record on economic optimism and signs that vaccines can counter a highly infectious coronavirus strain. Mainland Chinese stocks rose with the Shanghai Composite was up 0.38%, while the Shenzhen Component was up 0.99%. Japan’s Nikkei 225 was trading flat at 28,834.99 and the Topix edged up 0.13%.