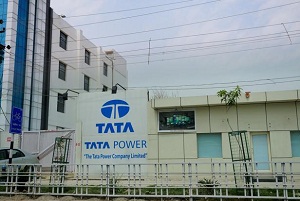 Anil Sardana, CEO Tata Power, recently in an interview with ET Now, talked about the hydropower capacity of India.

Sardana stated that the hydropower capacity in India has seen depletion. He stated that the total energy production has fallen from 30% to 17% and is expected to drop to 15% in 2017. This, according to him, is a very low figure. He also pointed out that Europe generates power using gas-based power plants, but India is unable to do that because it does not have natural gas, which would have been a good energy production alternative.

Mr. Sardana also spoke about the Uday scheme, which was designed to provide a push to power distribution companies. He stated that the Uday Scheme is working toward reviving the financial situation to reverse the prevailing loss trend. Uday carries out financial engineering for discoms; moreover, the companies do play their role in this context. Discipline and commercial management will prevent accumulation of losses in the future.

In regards to stuck power projects, Sardana stated recently there was none of that because it is hard to run 30% PLF and still make sustainable profits. Any amount earned at such a low PLF would only be enough to service debt. The CEO stated that Tata Power’s strategy revolves around identifying four verticals and exploring more opportunities. Sardana added that the company will take any opportunity, where clearances have been issued. The company will also try to mitigate risk to maintain returns above the firm’s expectations.

Sardana stated that the company’s team in India tackles stranded project proposals in the country and they are often able to attain the returns thresholds without facing challenges. However, there has to be liquidation of a few condition precedents before the signing of a deal. He also pointed out that some deals take place on an international scale and they often move faster. Valuation is also not an issue, but stakeholders are often problematic.